Ah, cosmetics – the ultimate way to prove to your opponents that you not only have unbelievable Pokémon Unite tekkerz, but you also boast some serious style while you’re dunking all over them.

In Pokémon Unite, cosmetics are known as ‘Holowear’ – presumably because they’re projected onto your Pokémon of choice. After all, cruising around the map as a magician outfit-clad Mr. Mime just isn’t practical really.

Holowear comes in lots of different styles: Beach, Captain, Hero, Hip-Hop, Magician, and Pilot, though there are a couple of caveats. Firstly, not every Pokémon has access to Holowear clobber yet – though we’re sure more will become available over time. Secondly, Holowear only activates when a Pokémon reaches its final evolution, unless you’ve splashed out on Premium Holowear which applies to all evolution stages. 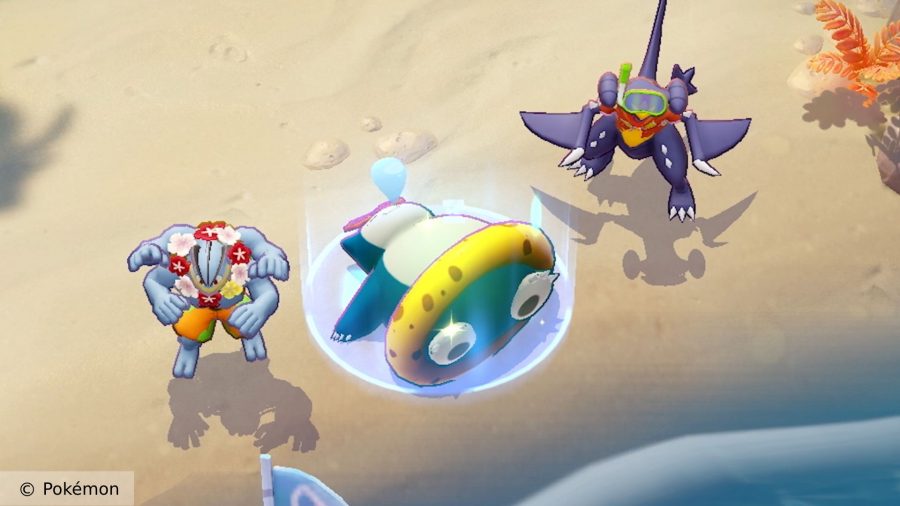 So you want to know how to get Holowear Tickets in Pokémon Unite? Well, right now your options are unfortunately pretty limited. If you’ve invested into the Battle Pass, then you can possibly snag yourself some from the Battle Pass Prize Box earned by maxing it out. Additional Prize Boxes can also be earned every 130 points after you hit the Battle Pass level cap.

If you’re feeling lucky you can also try out the Energy Reward system, which is unlocked upon reaching level five. In return for your precious energy, you get to roll the dice for a reward – Holowear Tickets being one of them.

However, you only have a 3% chance to win Holowear Tickets, and even if you do strike gold, you’ll only get ten tickets – too few to secure a skin, with 18 currently being the lowest price point for one. So spin, spin, spin if the Battle Pass isn’t your thing, as this is the only other way to get Holowear Tickets right now.

As more Holowear is added to Pokémon Unite, and (hopefully) more ways to earn those precious Holowear Tickets, we’ll be sure to update this guide. If you’re looking for a leg-up in your Pokémon Unite matches, then why not check out our Pokémon Unite best held items guide.