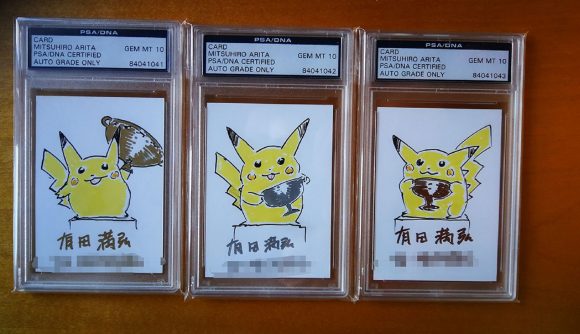 Any Pokémon TCG collector worth their salt will know about the Pikachu Illustrator card, but few will have ever seen it in person, let alone added it to their collection. The card is regarded as one of the rarest Pokémon card in the world, as between 20 to 39 copies were awarded to winners of the Original Illustration Contest in Japan back in 1998.

Last month, an ungraded copy of Pikachu Illustrator – that means its condition was not guaranteed to be good – sold for $340,000, making it the most expensive Pokémon card ever sold. However, the value of a trade completed recently makes that look like a bargain.

This isn’t your ordinary playground swapsies, though. We’ve all traded half a deck of standard cards for a foil Blaziken back in the day (or was that just me?), but an Italian man known only as Marco has raised the game for everyone.

He confirmed to PokéBeach that he traded nine rare Charizard cards in mint condition as well as three original drawings by Mitsuhiro Arita, who has provided artwork for Pokémon cards since they began.

PokéBeach valued the collection at $900,000, as it included a First Edition Shining Charizard, a Charizard signed by Ken Sugimori, and a gem mint (perfect) condition First Edition Charizard from the original Base Set. 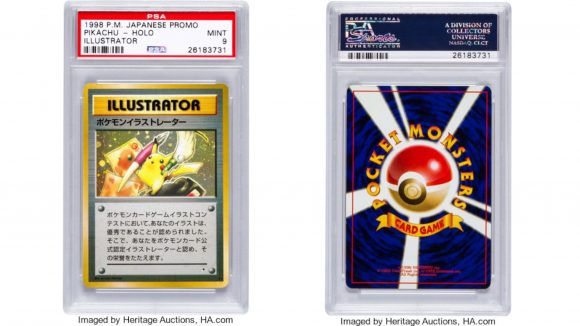 “Charizard is fantastic and I had the best Charizards ever made, but it’s nothing compared to the iconic Pikachu,” explains Marco in an interview with PokéBeach. “It’s the Honus Wagner of Pokemon. I consider the card not only nostalgic, beautiful, and historical, but also a fantastic investment.”

He sums up his thoughts about the rare card in one simple phrase: “it’s pure magic.” You can’t put a price on happiness, but you evidently can on magic, and it’s around $900,000.