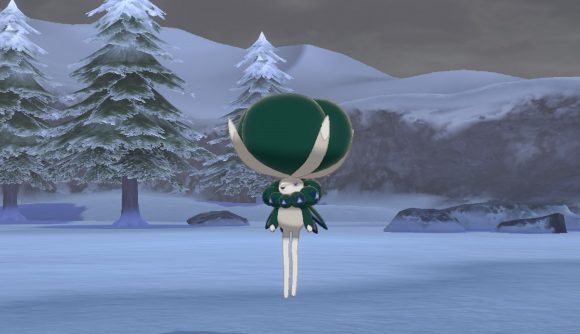 Legendary Pokémon are the most powerful beings in the universe, destroying entire worlds and regions in their destructive warpaths. Also, they all dwell in one cave in the Crown Tundra, and children regularly brave the darkness to beat the god-like creatures and bend them to their teenage will.

You can catch all the legendary Pokémon by doing Dynaxmax Adventures, with the exception of Cosmog who is available by completing tasks in Freezington. You’ll have to brush up on your Pokémon type chart if you want to beat a team that includes one of these rare beasts – if you’re set on going without one yourself.

Previous Pokémon World Championships have been dominated by the likes of Primal Groudon, Primal Kyogre, and Mega Rayquaza – that’s the calibre of Pokémon that are being added to Pokémon Sword and Shield ranked, albeit not in their most powerful forms.

Players will be allowed to include one of the above Pokémon in their teams. Most mythical Pokémon are still banned, however. The list of banned Pokémon in Series 8 is: Mew, Celebi, Jirachi, Victini, Keldeo, Genesect, Diancie, Volcanion, Magearna, Marshadow, Zeraora, Meltan, Melmetal, and Zarude.

It will be exciting to see how players utilise the Generation 8 legendary Pokémon, which haven’t seen competitive play before. We suspect that Zacian will see more use than its Shield-exclusive counterpart Zamazenta due to the attack boost it receives upon entering the field, but Eternatus and Calyrex could have some niche spots, too.