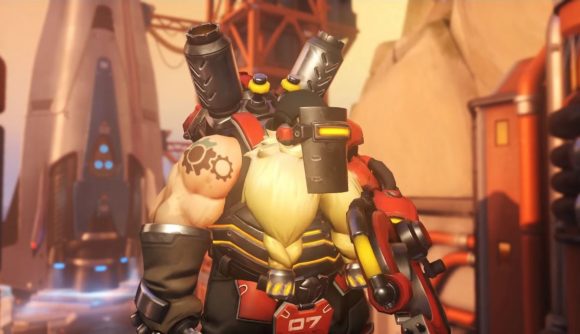 Elon Musk has professed his love for Overwatch on numerous occasions and now exchanged a humorous back and forth with the Overwatch Twitter account regarding his main, the Swedish engineer, Torbjörn. Now it looks like his love for the game is only going to grow after Blizzard buffed Torbjörn’s turrets at his request.

While Musk has been maining Torbjörn for a while, he felt the hero’s turrets have left a lot to be desired, joking with the development team over Twitter that they should be buffed. However, less than 24 hours later, Blizzard has already published a video detailing the changes proving the rich and powerful do get what they want.

The changes haven’t made it to the live servers just yet – and there’s no guarantee that they will – but it’s an interesting move from the developer nevertheless, especially considering the latest Soldier 76 changes.

There is no doubt a collaboration between Overwatch and Musk would be a sight to behold, and with the way things are going, we wouldn’t be surprised if the next time we hear from either party, it involves a SpaceX x Torbjörn voyage.

With the Overwatch League 2020 grand final breaking average viewership records and a nice little marketing boost from none other than Musk, the year is rounding off quite nicely for the Overwatch team.