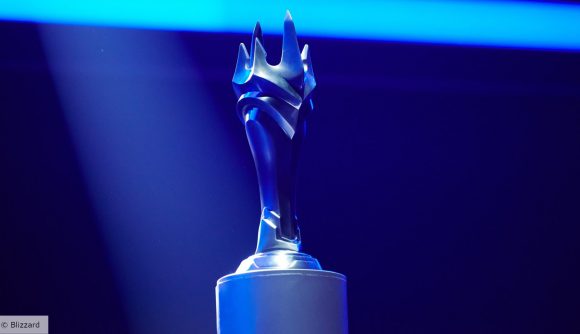 The Overwatch League 2020 grand finals were seen by a global audience of 1.55 million people watching at any minute during the broadcast, an increase of 38% compared to last year’s grand finals. That’s the equivalent to just over the total population of Prague, who saw San Francisco Shock beat Seoul Dynasty during Saturday’s finals, making it the most watched OWL match ever.

It was also the first time that the viewership for OWL had shifted to an online format, due to the global pandemic, with the production featuring a virtual stage, sets, and was presented remotely. The tournament was also broadcast to YouTube, following a deal in January, where peak viewership also reached a whopping 180,000 people. All these viewership totals include those who watched the broadcasts live and within the first 24 hours during the rebroadcast, but not the video-on-demand viewership.

Jon Spector, the vice president of Blizzard Entertainment’s Overwatch esports division, congratulated the staff on the production. “As I said after the match, I’m so proud of the entire Overwatch League staff who worked incredibly hard to put on a great show for our fans, and we’re extremely proud to finish this season with 38% global viewership growth from last year.” 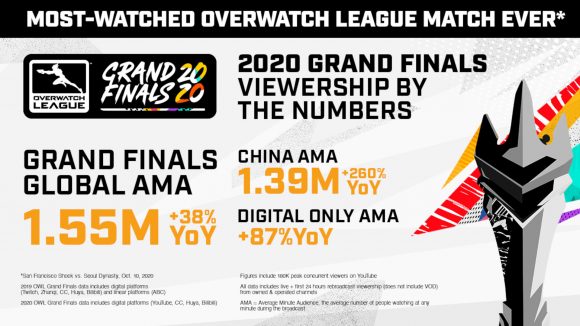 Spector thanked everyone who was involved in reaching this milestone. “Congrats to the Shock as the first-ever OWL repeat champions and thank you to all of our teams and staff for putting on a great season despite everything going on. Most of all thank you to the best fans in the world.”

This is especially notable as viewership for OWL had been dropping prior to this event. The shift to an online production also saw increases in digital only AMA by 87% year on year, while the China AMA shot up dramatically with a year on year increase of 260%.