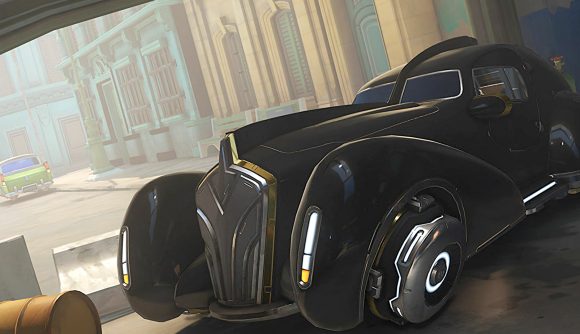 Today is the final day players have access to the Overwatch 2 beta, and to celebrate the end of the upcoming game’s first PvP beta, why not consider yeeting your character off a car to make a sick play while you still have time?

Taking to Twitter on the very last day of the beta, user ‘Bad Pachimari’ has posted a video taking advantage of a hilarious new exploit, in which they use Zarya’s Particle Barrier to absorb the impact of a car and get launched into the air, from which they fire her ultimate ability Graviton Surge, sweeping up three out of five members of the enemy team who are caught completely unaware.

Bad Patchimari’s tweet calls out the official Overwatch League Twitter account, asking if the strategy would qualify as an “illegal move” – a tongue-in-cheek reference to an OWL 2022 opening weekend match between Florida Mayhem and Paris Eternal in which the former team pulled off a similarly fun play using Mei’s Ice Wall and Symmetra’s Teleporter on an area that should have prevented them doing so was deemed “illegal” by the Overwatch League.

The tweet was quickly jumped on by the Florida Mayhem Twitter account, which responded with a gif of Ryan from The Office writing down notes in a journal. The last illegal move ruling forced the team to repeat a round, but who’s to say the Mayhem players won’t try to toe the line again?

Is this an illegal move @overwatchleague ? pic.twitter.com/UsVvYejDbT

For those looking to pull off the stunt in their own games, Bad Patchimari lays out the method in a tweet: simply bubble a character (either Zarya herself or a teammate), then jump before the car hits you so that you land on the windscreen. Then press forward, and you’ll find yourself catching big air over Oasis.

It’s been a wild road for the Overwatch 2 beta, and this is far from our first map exploit, but it’s nonetheless great to see the Overwatch community rallying around nonsense like this again. For those looking for more technically legal manoeuvres, check out our Overwatch 2 heroes guide for all the tips and tricks needed to win games when the game finally launches.