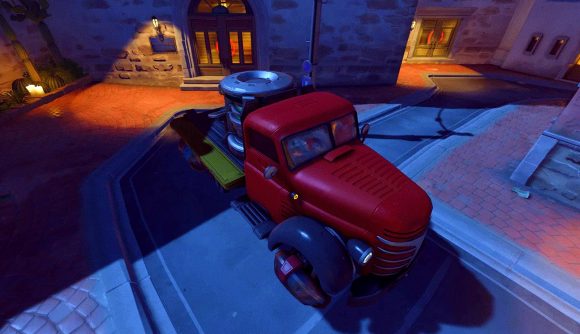 For the most part, the PvP experience in Overwatch 2 is built around objective-based competitive modes. This, as simple as it sounds, means that you need to play the objective to win – numbers like Damage Dealt and Eliminations don’t matter, really; the objective, and whether you play it, dictates whether you win or lose.  Well… That’s what it should be like anyway. What if we told you that Overwatch 2 players have discovered that you can actually push and capture a payload objective even while it’s being contested by the other team?

Yeah, we know… That means that all of those times where you swore to your team that you were touching the point, even though you lost the objective, you may have actually been touching the point. It doesn’t seem fair, does it? Well, no – but, this isn’t exactly as unfair as it might seem either.

Overwatch content creator ‘Marblr’ has taken to Reddit to share a handful of examples of when this strange occurance happens – and they also importantly explain why this happens.

In a short video, which you can find below, Marblr explains that there are some instances, unqiue situations, where “payload movement can be overridden by scripts” – whether it’s being contested by two teams or not.

The Payload can be Captured while Contested from Overwatch

One example of this happening is when a payload reaches a checkpoint and it is forced to stop to allow a gate to open – such as the clip above of Dorado. On the flip side, there are also some instances where the payload is forced to advance through a certain checkpoint – such as when it goes through the broken castle gates in Eichenwalde. This is a moment where, no matter what, the payload will move forward automatically. However, this isn’t always the case. For example, the payload will stop in the gate on Route 66 – which can lead to an interesting choke point mid-map.

Paraiso, the new map set in Rio de Janeiro that led to us finding out that Overwatch 2 is full of Kermit the Frog memes, reportedly has the longest “scripted payload distance”. As you can see in the latter half of the above video, the payload automatically goes from 00.00m  to 41.02m  on this map, a huge chunk of progress that defenders can’t do anything to combat.

Interestingly, a similar instance occurs on Numbani when the payload itself powers up. However, this only moves the payload to 00.06m – which is a little more manageable as a defender.

Well, there you have it. In the wise words of Marblr, “defenders can stop the payload by standing next to it… except for when they can’t”. Sometimes, even though it may feel like your fault, it’s actually the game – so, that’s a good excuse next time you lose in overtime. If you want to know which Overwatch 2 maps have a payload to push, you can find that out here. We also have a developing Overwatch 2 tier list that’s worth checking out – there’s quite a few reworks still to come and it’s important to know where each hero stands.