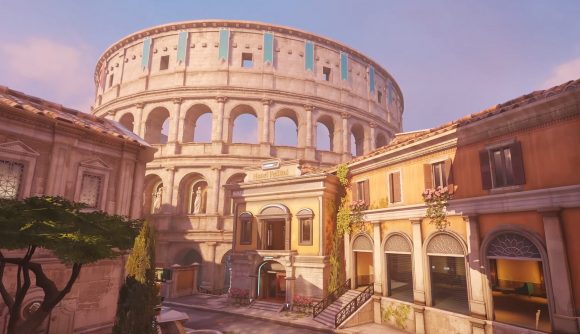 While Overwatch 2 won’t quite be making it to our screens this year – with Activision-Blizzard reluctant to commit to an Overwatch 2 release date during its most recent quarterly earnings call – we have at least gotten a better look at the FPS game’s freshest face, new character designs for established heroes, and upcoming maps at this year’s BlizzConline.

During the showcase, Sojourn – the Overwatch 2 hero teased at Blizzcon 2019 – got some extra screen time. Lead developer Jeff Kaplan also revealed that her weapon is, in fact, a railgun. Apart from that and a few cinematic moments, Sojourn remains an enigma.

As for the brand new Overwatch 2 maps that players will be proving themselves in glorious combat in, we have Rome and New York. Rome has been designed to blend the antique and the futuristic, complete with its own Overwatch-styled colosseum. Meanwhile, New York is pleated with Art Deco sophistication, as well as flavours of the Big Apple as we know it today.

Alongside the sneak peak at new Overwatch 2 hero Sojourn, some familiar faces are getting a makeover. During the event, we were treated to revamps for McCree, Pharah, Reaper, and Widowmaker – who are now battle-ready for the next era of Overwatch. These latest transformations will sit aside the already-revealed updates for Lucio, Genji, Mercy, Reinhardt, Winston, Mei, and Tracer.

Although current Overwatch players may be inclined to feel a little left out at this year’s proceedings, it’s important to remember that all of this fresh content will be accessible in PvP mode when Overwatch 2 finally launches – whenever that may be. For players eager to find out more about the features coming to the game’s dedicated PvE mode, we have the Overwatch 2 talents guide for you.