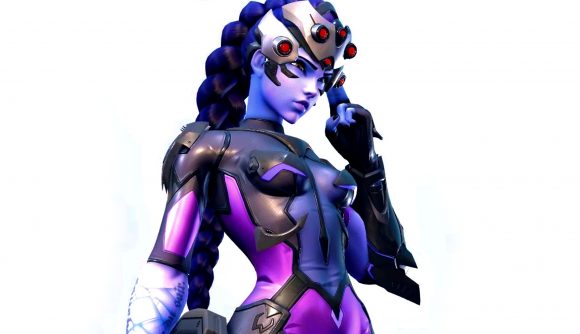 Players haven’t been able to get their hands on Overwatch 2’s lore-heavy PvE mode yet, but that doesn’t mean Blizzard isn’t indulging them with more worldbuilding through the PvP experience. Throughout this second round of beta testing, fans have been sharing interesting character interactions and new voice lines online – and, following the discovery of one of the most specific voice lines yet, one of the game’s developers has suggested that there’s a lot more to come.

Justin Groot, a senior narrative designer working on Overwatch 2, has commented on the increased “reactivity” of voice lines in the hero shooter sequel before – but, this takes things to a whole new level. Following the discovery of a voice line that only triggers when a Widowmaker kills a Tracer with a body shot while in mid-air following her grappling hook, Groot commented the following:

“Thought about making this one only trigger on King’s Row but I was worried it would be a little TOO obscure… Y’all are starting to find the really deranged specific ones…” To put things into context, this voice line is a reference to the Overwatch animated short “Alive” in which Widowmaker is seen to assassinate a prominent Omnic before tussling with Tracer on the rooftops of London.

Using the phrase “derangedly specific” to describe how players can trigger this voice line hardly does it justice, but it does show that the work Blizzard is doing to improve the Overwatch experience with this free-to-play sequel goes beyond balancing the game and making sure Overwatch 2 is full of Kermit the Frog memes.

Discussing the narrative team’s approach to Overwatch 2’s unique dialogue, Groot explains that “in Overwatch 1, most rare lines simply had a low probability to play, like one in 100 times a given type of line triggered.” However, in Overwatch 2 there are “lots of lines that are rare because they only trigger in rare gameplay situations” – such as the Widowmaker one, which you can check out for yourself below.

This one's specific! You have to be grappling, in the air, with a tracer in the air and get a body shot! pic.twitter.com/WYS5K2Jgt6

Groot also goes on to explain how the development team has essentially introduced a whole host of new ultra-specific voice lines in an effort to “make the heroes feel more alive, so that they celebrate your greatest accomplishments along with you, and continue to surprise you game after game”.

Lead narrative designer Gavin Jurgens-Fyhrie has also shared further insights into Overwatch 2’s new specific voice lines, revealing that around 25,000 were written specifically for Overwatch 2. So, if you’re wondering why things sound a little different during the beta, that could be it. The general PvP dialogue has been refreshed, there’s almost 2,000 new lines of conversation between heroes, and even more wonderfully specific voice lines for players to discover.

Voice lines aren’t the only new things coming to Overwatch 2, as you might already know. If you want to know all about all the Overwatch 2 maps available at launch, you can find that out here. We also have a developing Overwatch 2 tier list for you to check out – expect this to change as more tweaks are made ahead of the full Overwatch 2 release date.