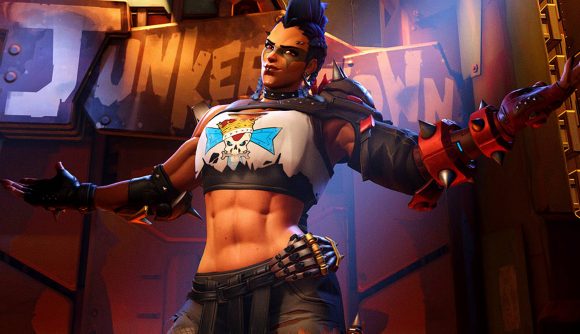 Earlier this year, Blizzard confirmed that players would get multiple opportunities to play its’ upcoming hero shooter during an Overwatch 2 Beta FAQs session and now, that second Overwatch 2 beta is right around the corner. What Blizzard didn’t reveal was how it would be tweaking the game between now and the Overwatch 2 release date. We all know there are going to be some balancing changes, but the developer has announced one that is taking us all by surprise: players switching between Damage heroes will maintain up to 30% of their Ultimate charge.

Yeah… What?! In a post on the Overwatch 2 beta testing goals, Blizzard revealed that “the Damage Passive speed boost has been removed and replaced with a new passive that allows Damage heroes to maintain up to 30% of their Ultimate charge when swapping to other Damage heroes.”

At the moment, Blizzard has not gone into why it has opted to make this change – which will see Overwatch 2 Damage heroes become a little sluggish when the second Overwatch 2 beta starts – but, it’s clear that everyone who thought Damage heroes were already mobile enough might be right.

Interestingly, it also supports players opting for Damage heroes to continually swap without being as penalised as before. It is, of course, important to react to changing situations and any changes to your enemy team’s roster, but is supporting continual swapping the answer?

Ultimately, it’s hard to tell right now. It sounds like a ridiculous change (because it sort of is), but the Damage Passive speed boost was also something that divided fans. So, perhaps, in this new 5v5, one-tank meta, having Damage heroes popping off more Ultimate abilities will help to balance things further.

Fear not, those of you who play Support or Tank heroes, elsewhere in the post, Blizzard has confirmed that the development team is working on “significant Moira changes” and the in-game timer on Push will now be ten minutes instead of eight. Expect to see more on the exact changes closer to the start of the second Overwatch 2 beta.