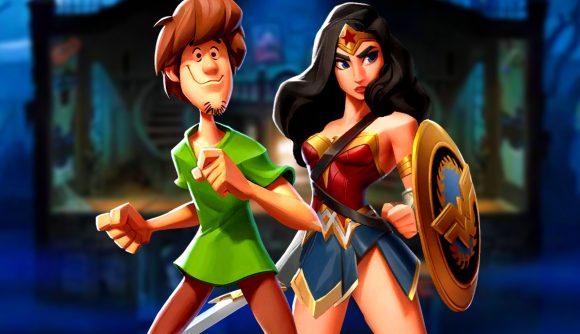 If you’re one of the many people waiting to get your hands on Player First Games’ platform brawler MultiVersus, you’re not alone – and, you might be in for some good news. Eagle-eyed fans eagerly awaiting a chance to play this fighting game have spotted MultiVersus’ age rating on PlayStation 5, Xbox, and Steam. Not only does this reveal that the game will have mild swearing – which could mean we see Bugs Bunny drop an F-bomb – but it also suggests that early access to the game is coming soon.

Why is this important? Well, with rumours rife that MultiVersus fans will be able to get their hands on the game at some point in July 2022… It could be an important signpost that this is indeed the case and early access is on the way soon. But, there’s no telling for sure if the MultiVersus open beta might serve as the full release for the brawler – however, it could be the case.

That means, with age ratings appearing online, we could be a matter of days away from jumping into MultiVersus and battling it out with Velma Dinkley, Superman, Stephen Universe, and the Iron Giant – amongst others.

The fact that the game has also been rated on Steam, as you can see below, has led MvsLeaks to suggest that we could get early access to MultiVersus as soon as Thursday – July 14. This is, at the moment, unconfirmed; but, it’s not the most inconceivable thing. This wouldn’t be the first time a game is effectively shadow-dropped and it’s not going to be the last.

HOLY SHIT MULTIVERSUS WAS RATED ON STEAM TOO!!!
(I WOULDN'T DOUBT WE GET EARLY ACCESS ON THURSDAY or maybe tmr but i doubt tmr) pic.twitter.com/kkG06C8xoB

Another interesting revelation from the MultiVersus age rating appearing online is that the game will have mild swearing. If you managed to get your hands on the MultiVersus alpha, you’ll know that the game’s always had a mature language filter. However, it’s hard to find any real examples of this mature language online. So, it’s hard to say how mild this swearing really is. MultiVersus does have an ERSB rating of T and a PEGI rating of 12, so it can’t be that bad.

It’s also worth noting that it looks like this setting will be disabled by default, meaning you’ll have to head into the game’s settings menu to enable it. However, this could change by the time open early access rolls around. If you’re looking forward to that, you can check out the MultiVersus roster here and all the MultiVersus maps and stages right here.