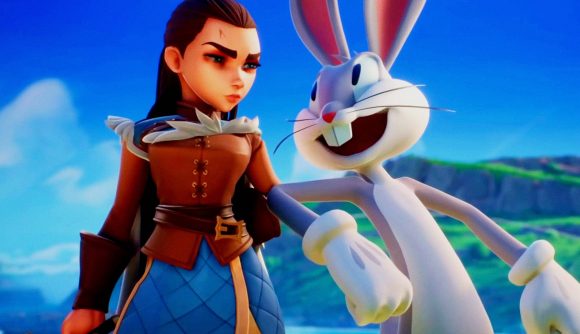 Player First Games’ MultiVersus is the fighting game we all talked about as kids – well, some of us anyway. If you ever wondered whether Bugs Bunny would stand a chance against Superman, or how Tom and Jerry would take on the Iron Giant, MultiVersus is a platform brawler hoping to answer those questions. If you’re looking forward to the MultiVersus open beta, you’ll be pleased to know that there’s talk that this could actually be the full release date for the game.

How did this talk come about? Well, co-founder of Player First Games and MultiVersus game director Tony Huynh may have let it slip on Twitter ahead of an official announcement. If anyone knows when this fighting game is coming out, you’d like to think it would be him.

When Twitter user ‘OfTamago’ asked Huynh whether the upcoming open beta will last up until the official release date, as opposed to a limited-time access beta that would be similar to the MultiVersus closed alpha and tech tests, he responded with the following revelation: “it’ll hopefully be permanent unless we find some really awful bugs”.

It’s important to note that this isn’t full official clarification that MultiVersus is going to launch when the open beta begins sometime in July 2022, but it does suggest that this testing period will act as a soft launch for the game – something that happens a lot more than you think.

This interaction is on Twitter for all to see, but it was spotted by Reddit user ‘SirNerdington‘ and shared to the game’s subreddit – which you can see below:

The Open Beta is gonna be the soft launch for the game! (as long as the bugs aren’t too bad) from MultiVersusTheGame

This has hilariously led to fans in the comments joking about how players looking forward to playing as Bugs Bunny are worried about delaying the game – however, we don’t think that’s the sort of bugs Huynh is referring too.