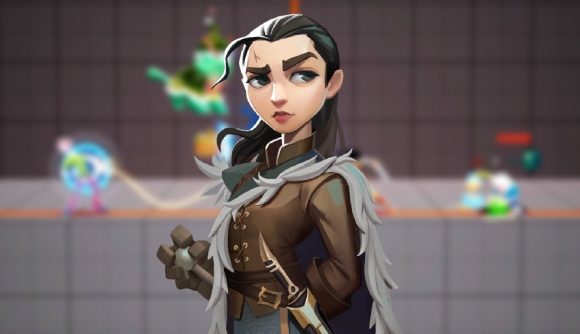 Fighting game fans, it’s almost time for us to battle it out as Velma Dinkley, Superman, the Iron Giant, Jake the Dog, and more in Player First Games’ pop culture mashup fighter MultiVersus. After weeks of rumours about when the MultiVersus release date is and when we can get our hands on this awesome-looking brawler, there’s finally some official information to talk about. Early access and the MultiVersus Open Beta are starting soon.

For everyone else, whether you’re playing on Xbox, PlayStation, or PC, the open beta kicks off on July 26. Tony Huynh, co-founder of Player First Games and game director on MultiVersus, has confirmed that all progression earned during this open beta period will carry on throughout the lifetime of the game.

So, if you’re worried about grinding the beta to lose out on what you’ve unlocked, you don’t need to. Everything you get your hands on will be yours, no matter what update comes next.

As for what updates come next, Huynh has expressed that players can look forward to new characters, new maps, new cosmetics, and more ways to play. This is going to be one game that could be around a long time and we can’t wait to check it out.

So, even though the MultiVersus age rating hints at some foul-mouthed fighters, we can’t wait for this platform brawler from Player First Games. If you’re interested and eager to jump in, you can check out the latest on the MultiVersus roster and the MultiVersus maps and stages here.