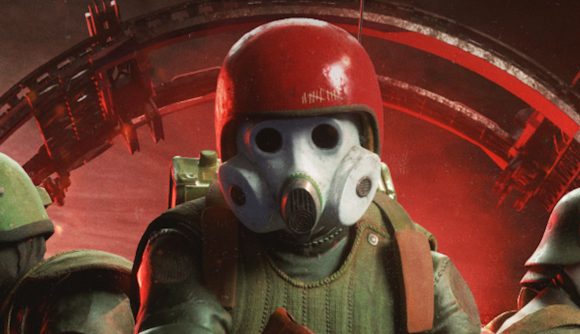 The curtain has drawn on the first closed alpha of Marauders, Small Impact and Team17’s upcoming first-person extraction shooter. But while thousands of players took to the skies to get their first taste of Escape From Tarkov in space, it appears we’ve only just scratched the surface of the game.

In a post-alpha stream on Twitch yesterday (May 12), the Team17 team revealed that players had only been given the chance to experience around 25% of the game’s total content and that there is “a lot of hidden spooky stuff to come.”

Given the game already includes three different phases, plenty of guns, a whole armada of ships, and Fear-like AI players, it’s a promising sign for those who have already fallen in love with the game. However, there will be some hoping that the remaining 75% will include things like faction-based ships, landing points on asteroids, and more points of interest.

Personally, I think we’ll see more content around the alternate history setting, letting the factions and their respective traders come into the fray a bit more. But whether that’ll be the case remains to be seen.

Either way it’s clear Small Impact Games has a lot planned for the Marauders release date. But, given the push for feedback online, it’s clear that the team’s focus remains on collating feedback before the next big alpha event.