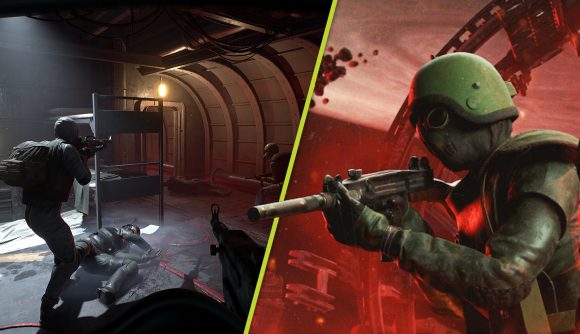 One of the best things about playing an extraction shooter game are the interactions you have with others in-game. In Escape From Tarkov, real players and AI scavs patrol the map as you do, and distinguishing who’s who during a tense firefight is part of the fun. Marauders is looking to replicate that success by basing its AI on the enemies of one of its biggest influences – Fear.

Monolith Productions’ first-person shooter might look a little dated these days, but it really helped set the bar for having realistic non-playable characters. In Fear, the AI could dodge, fire from cover, and communicate with each other in order to set up ambushes. These skills made the AI seem more realistic – and at times, you felt like you were playing against real players.

This is something Small Impact Games is looking to replicate in Marauders, a new extraction shooter that’ll be making its debut at WASD next month. James Rowbotham, Small Impact’s UI, animation, and design developer, says Fear served as an inspiration for the team, especially in making their raids – which can accommodate up to 16 players – more lifelike.

“Escape From Tarkov is obviously a key inspiration as an extraction shooter, but when you look at what the best AI systems are, Fear has one of the best,” he tells The Loadout. “So we took that concept and made it our own.”

In Marauders, every action you take has a consequence and much like other players, the AI will react to it.

“It’s complicated, but they have their own behaviours,” Rowbotham continues. “They make decisions like humans would. If they’re low on health or they’re afraid, they behave more like that. The idea is that it makes AI more interesting to play against and for a small fraction of time, you might think it’s a player.”

As you’ll know from reading our Marauders preview, your heart will be in your mouth as you hear footsteps on a metal floor. By making AI more realistic, Small Impact is adding more tension into its already dramatic game, forcing players to think on their feet and diversify their playstyle.

It’s an interesting concept and one that’s perfect for this genre. If you’re looking for more information on the game, make sure to check out opur guide to the Marauders release date.