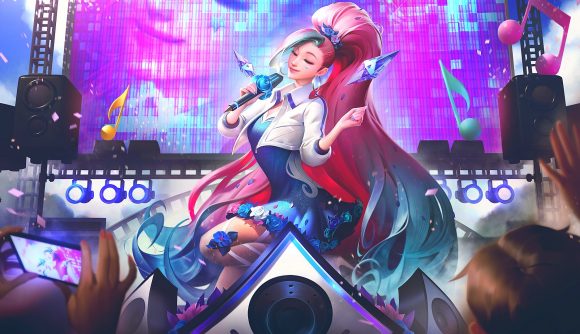 What are League of Legends fans’ three favourite things? LoL bands, skins, and new champions. That’s clearly no secret to Riot Games either, as it today announced the K/DA comeback event, which features new skins for members of the girl group and introduces champion 152: Seraphine.

The Starry-Eyed Songstress will debut on the PBE in just a few days time on October 13 – but let’s be honest we all knew she was coming. The mysterious singer, who has teased “collaborations” with K/DA and rose to fame as an unattributable social media account, has been widely predicted as the game’s next champion. The mid/support will also come with her own K/DA ALL OUT Ultimate Skin, which apparently has “ three different forms to unlock once purchased based on her social media journey.” Interesting…

Putting Seraphine to one side and it’s a skin bonanza to celebrate K/DA’s comeback. New K/DA ALL OUT skins will be given to the band’s members, Ahri, Akali, Evelynn, and Kai’Sa. The latter will also have a Prestige version of that skin.

Riot is really going all out with this K/DA comeback, and there will be even more themed content dropping in Legends of Runeterra and Teamfight Tactics.

The entire event will go live on October 29 – conveniently just a couple of days before the final of LoL Worlds 2020. A musical performance from the group, perhaps? 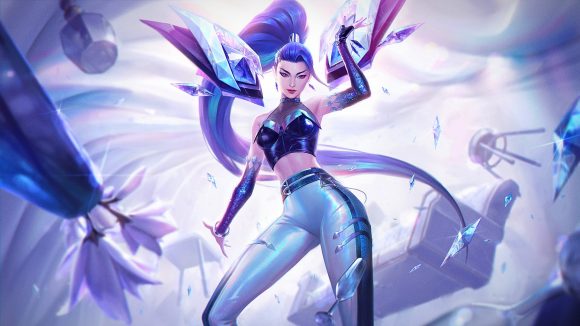 While there’s a few weeks to wait until the event kicks off, all of the new K/DA skins for the band’s four main members will be available to view from today in the PBE.

The K/DA comeback event is building up to the release of the band’s first EP, which is also titled ALL OUT.