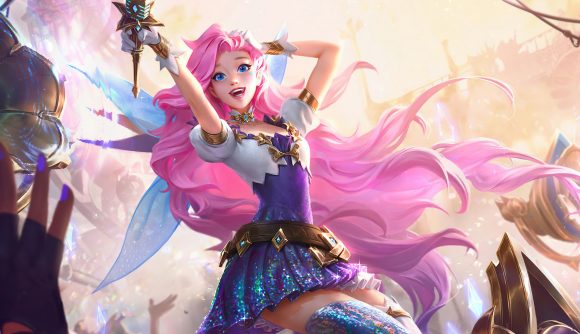 League of Legends has been a more tranquil experience for many since patch 12.10’s Durability Update. No longer do squishies fear being one-tapped by an underfed assassin as they go about their laning phases. Well, after a couple of big patches – as well as a couple of micropatches – that have focused on rebalancing League around the update, Riot has lifted the lid on what League of Legends patches 12.12b and 12.13 changes we can expect. Spoiler: assassin players will be happier.

As shared via Twitter by League’s lead game balance and preseason designer, Matt ‘Phroxzon’ Leung-Harrison, a swathe of champions are set to receive either some extra love, or a love tap to their numbers. On 12.12b, Caitlyn, Katarina, Leona, and Shaco will be buffed, while Bel’Veth, Senna, Seraphine, Tahm Kench, Wukong, Yuumi, and Zeri are all getting hit with the nerf hammer.

Meanwhile, on the larger 12.13, Elise, Evelynn, Fiddlesticks, Galio, Karthus, Kled, Master Yi, Olaf (jungle), Renekton, and Vex will all get a boost, while Corki and Volibear are being knocked down a peg or two. Oh, and Gwen’s getting adjusted in some capacity. Although there aren’t any proper details on what the changes will entail just yet, it usually doesn’t take long for the developer to return with the full rundown.

Elsewhere on patch 12.13, we’ll be getting some previously-announced buffs to Lethality Mythics, which should help assassins who are currently feeling the brunt of the negative fallout from the Durability Update. Zed mains, your LoL ranks grind should get a teensy bit easier.

Finally, Divine Sunderer is being adjusted. You can check out the full changes as posted by ‘Spideraxe’ below.

Now we know what to loosely expect over the coming patches, players will be keen to know exactly how the numbers are going to change.  Phroxzon does say that “buffs for bursty champs are targeted at non-burst axes mostly”, so players will be relieved to see Riot isn’t adding back a whole load of damage with the update.