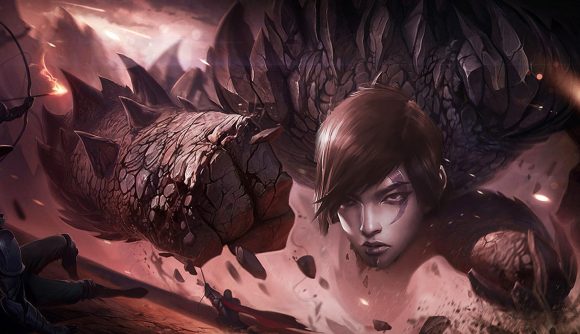 League of Legends developer Riot Games has today announced that it will be implementing some major changes to the durability of its champions. The League of Legends patch 12.10 durability changes seek to reduce overall damage – a long-standing issue with the popular MOBA game – by buffing base health alongside the health and resistance scalings of every champion, making them tankier across the board.

Weighing up the pros and cons of League in its current, burstier state, and that being proposed in the new changes, Riot says that a good number of viewers enjoy high-kill games because “it leads to more exciting pro metas, and it rewards good play with kills which is much more satisfying than just forcing someone to recall.” However, lower survivability “also has downsides which outweigh these positives.”

With squishy carries and supports struggling to make their mark in games where they are often deleted with little to no counterplay, the hit to game clarity in these one-shots, Riot notes, “leads to frustrating experiences.”

However, the studio doesn’t want to “overnerf” burst champions, and believes that burst can be good for the game – high burst champions which get fed enough should still be able to kill a squishy target in either a full or even a partial rotation depending on how far ahead they are.

Left some thoughts on the upcoming Durability Update. One caveat is that we specifically don't want to oversell the changes.

We want to strike a good balance between reducing damage meaningfully, but not swinging so hard that classes become obsolete. https://t.co/LzgYnft6RS

As for how this will hopefully feel in your LoL ranks games, “for any given amount of lead, burst champs will have to press one or two more buttons than before in order to secure 100-0 kills,” Riot says. Ultimately, players will now have a larger window to outmanoeuvre their assailants before being sent back to the fountain.

This also has a knock-on in teamfight scenarios. The studio believes shorter, burstier teamfights are “hard to follow, limit the opportunities players have to make smart decisions/showcase their skills, and ultimately aren’t living up to the epic clash of legends fantasy teamfights should be delivering on.” Hopefully then we’ll be seeing more teamfighting than team-exploding throughout the rest of the season.

Due to the increase in every champion’s Base Health, Health per Level, Armor per Level, and Magic Resist per Level, Riot states it will also be making “some adjustments to the surrounding systems of the Rift to make sure they are correctly tuned, relative to the increased durability.”

As such, sustain is set to be nerfed to ensure burst thresholds are met, while Baron Nashor and Turrets could be getting a boost to ensure they’re doing enough damage. Finally, Riot is looking at buffing mana regeneration to offset the fact that champions will have to sling more spells to secure a kill, though the studio says it has already proactively adjusted certain elements over the past few patches, and “will continue to do so post-launch”.

With the hope that League’s damage problem could finally come to an end, squishy enjoyers can begin to believe that they’re more than just a glorified 300 gold caster minion again – unless they sprint it into a nearby Rengar, of course.