Ylli ‘Garter’ Ramadani has never reached the summit of Dota 2 having never appeared at The International, but he’s come close. He’s been on multiple teams that have had good runs in the TI qualifiers, played with some of the best players in the world, and won a fair few events himself. As far as Dota 2 players go, Garter has been nipping at the heels of the top tier professional Dota for years.

But every time it felt like he was inching closer, the same thing always seemed to happen: one of the players on his team would be poached by a bigger organisation, leaving him and the rest of his teammates to rebuild once again. Even a trip to the less stacked North American region to join Leviathan didn’t produce the results required, causing Garter to become increasingly frustrated with the instability of the tier two Dota scene.

“I came back to Europe [after leaving Leviathan] and we made team Mango Bay,” explains Garter. “We were performing really well, we even 2-0'ed Team Liquid. We had two invites pretty much online, but Pittner ‘bOne7’ Armand got poached for some random no name team and because the roster disbanded as a result, we lost two tournament invites.”

This was just about the final straw for Garter. For years he had worked to become the best Dota player in the world but it felt like the universe was against him. His players continued to get poached and the amount of money in the tier two scene started to dwindle. Garter was so frustrated that he made a new year’s resolution most MOBA players would never consider: to learn and master League of Legends.

Related: Everything you need to know about The International

“The decision to move from Dota to LoL was pretty easy since I enjoy the complexity of MOBA games, so I just switched from one to the other,” Garter says as if the concept of moving to LoL doesn’t anger thousands of die hard Dota fans. “I always found the Dota vs LoL fighting between viewers funny, so I want to be at the top of both and judge for myself which one is better or easier.” 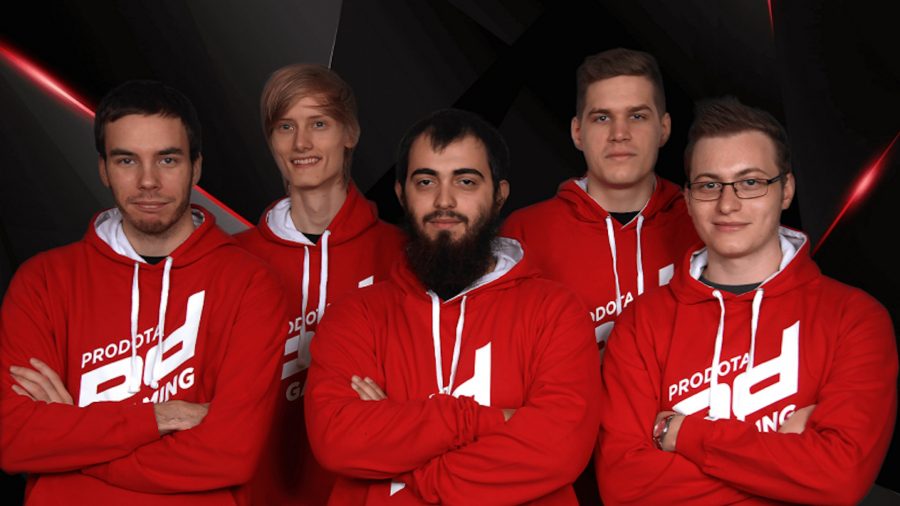 Jumping from one MOBA to another is something that few casual players ever do let alone a professional player, but for Garter this felt like his only real option. His time in the Dota scene hadn’t turned out to be as financially lucrative as he would have liked, and with Valve pumping more money into The International and other tier one events, it was only going to get worse for him.

“I think there’s many reasons why the tier two scene is dead in Dota but [the money at] TI is definitely one of them,” says Garter. “I think the issue was more these last two or three years that most of the ‘small’ tours are hosted by no name shady people who never pay out like I mentioned in the Twitlonger.”

It’s sad to say that having unpaid winnings is expected in the world of esports, but in his retirement post Garter mentions he is “owed at least five digits worth of money that I will never see.” For a TI winner that may be insignificant, but for someone outside of that top tier, that money is vital. What’s the point in playing when chances are a good chunk of the money you win will either be delayed or never arrive?

It’s therefore not surprising really that Garter made the jump to Summoner’s Rift. There’s only so many obstacles one person can face in their career, but in jumping ships, the Kosovan is taking a huge risk – and its one that could make or break his esports career.

But despite it all, it makes a lot of sense. Most of the skills are transferable, the mechanical ability will carry over for the most part, and his experience at competing at a high level will be invaluable for anyone looking for a new, but experienced, player. However, that doesn’t mean the 28-year-old will find overnight success – he admits that he is basically starting from zero again, and that we probably won’t be seeing him in the LEC for quite a while yet.

“LoL is pretty fun, I’m still mega bad at it, but I’m enjoying the game a lot and the community is being mega supportive,” says Garter. “I don’t really know in terms of the time [it will take to reach the top] because I don’t want to sound too cocky, but let’s just see what happens.”

Read more: Learn how to climb the LoL ranks like Garter

For now he is going to stream his path to pro and it is sure to be an entertaining watch – rarely do you get the chance to see someone so technically skilled figure out how a game works. He tells me he plans to participate in some smaller tournaments to get noticed once his rank improves. It’s perhaps unrealistic to think we will see him make much of an impact at the semi-pro or pro level in 2020, but in the years to come he could reach that point.

And who knows, maybe one day we will see him on the LEC or LCS stage, finally reaching the top tier of competition in a MOBA. Even if that doesn’t happen but he makes it to a smaller league or the academy system, then he will surely be better off financially than in Dota 2, and won’t have to deal with the emotional toll of having his dreams ripped away from him by others.

The one thing that is for sure is that he will not be returning to play in the TI qualifiers anytime soon, no matter how much money is on offer – it’s just not worth the stress.

Mike is an esports and games journalist with years of experience writing about games like Valorant, League of Legends, and more. He's also the author of Esports: The Ultimate Gamer's Guide.