For a lot of players, achievement hunting is one of the great jots of gaming. Piling hours into meticulously searching every nook and cranny to finally attain that one final collectible that’s been eluding you is undoubtedly a fantastic feeling – but how is that going to work with League of Legends? While MOBA titles don’t quite offer the same sense of completionism, developer Riot Games has introduced a new achievement system – dubbed ‘Challenges’ – that seeks to help LoL players scratch that itch and express their own unique playstyles.

Revealed in summer 2021, this system is going to allow players to earn Achievement Points through completing any of the over 300 challenges available at launch. What’s more, once a challenge is completed and ranked up, players will earn more rewards like displayable titles and tokens.

Challenges in League of Legends are going to be divided into five categories, which each offer their own brand of task. From quickly cutting down epic monsters, to racking up pentakills, to obtaining various in-game cosmetics, Riot has gone all out to ensure there are plenty of ways to show off your personal LoL progression regardless of what type of player you are.

Following an announcement regarding the upcoming League of Legends Challenges release, Riot Games has confirmed that the new system will be available just in time for 2022’s Mid-Season Invitational.

What does that mean in relation to actual dates, though? Well, Riot Games’ competitive team design lead Jordan Checkman – also known as BarackProbama – has revealed that the system will be released alongside the patch 12.9 update in a press release. This update is scheduled for May 11, 2022 – according to Riot Games’ League of Legends support site. 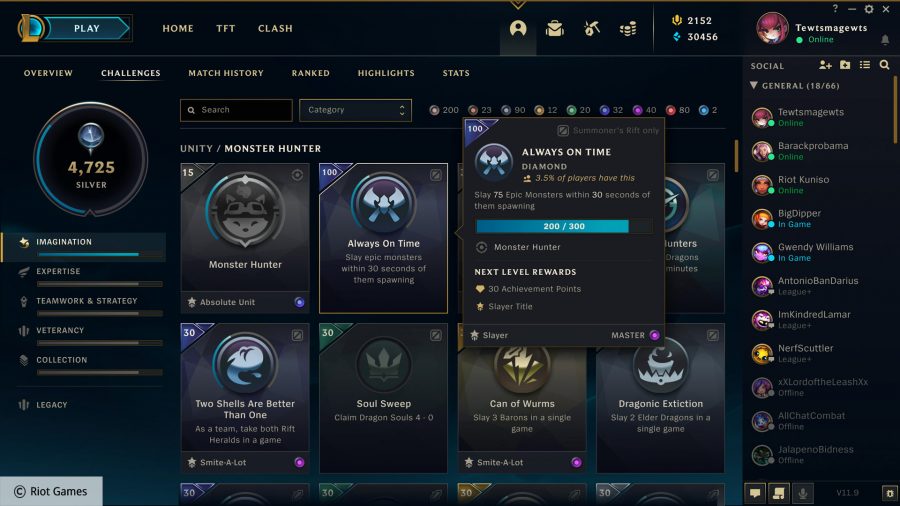 How do League of Legends Challenges work?

During the Season 2022 opening stream, Riot shared further details on what challenges will be available and how they’ll work. Currently, over 300 challenges will be made available at launch, with more planned to be added throughout the course of Season 12. Challenges are displayed as cards, which display the number of points it will contribute to your overall Challenges score, which modes it can be earned in, and the rewards you can gain from ranking it up.

Each challenge will start at Iron rank and can be taken all the way to Challenger rank by completing it over and over again – though each time you will be required to do an increased amount of work. On the topic of Challenger rank, similarly to how Challenger works in the LoL ranks, only a set number of players will be able to hold a Challenger-tier challenge at any given time. As such, players will need to keep grinding to stay on top of their game.

There are currently five main categories of Challenges:

Alongside the five main categories, Riot has stated that there will also be special ‘Legacy’ challenges. These time-limited challenges will pop up from time to time during major events, and can only be progressed during their active period. Additionally, Legacy challenges won’t contribute to your overall progress, and the category itself cannot be levelled up. They will, presumably, also offer rewards. 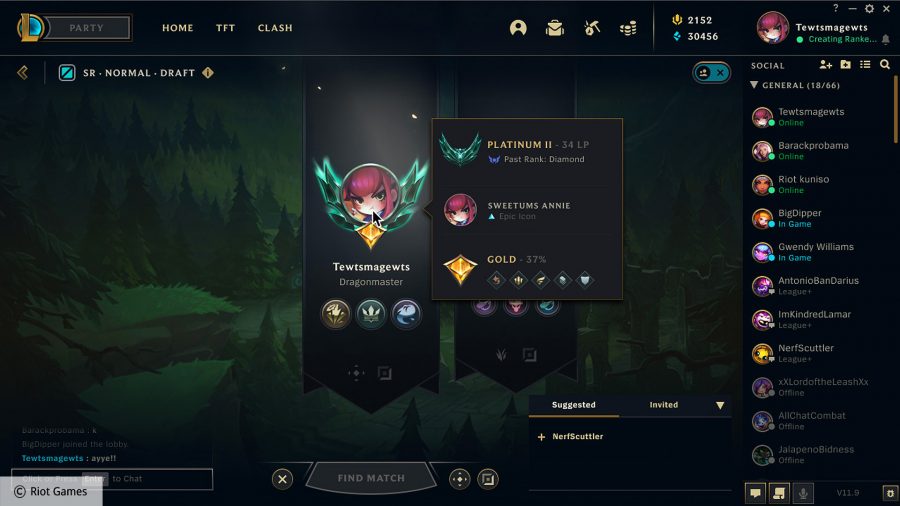 League of Legends Season 12 is heralding a huge lobby and loading screen overhaul, creating space for active challenges and their rewards to be displayed. As the changes roll out, players will see a Challenges ranking crystal appear beneath their Summoner Icon in the lobby. This crystal will evolve over time as players progress through all of the Challenges categories.

Alongside the Challenges crystal, players will also be able to choose three challenge tokens to display on their lobby banner. Like the crystal, these tokens will change colour based on the current rank of the chosen challenge. For example, a player may choose to display a Diamond token for dodging skillshots, a Platinum token for winning ARAM games, and a Challenger token for skins collected.

The final way to show your League of Legends Challenges progression is through unlocking titles. Titles can be accrued through clearing certain challenge milestones, and are set to be displayed under Summoner names in the lobby.

And that’s it – everything you need to know about the League of Legends Challenges system. Of course, we’ll keep this guide updated as more information is revealed. To ensure you’re primed to quickly scale to Challenger challenges, you’ll want to arm yourself with the knowledge of the best League of Legends champions.