The release of League of Legends’ Arcane on Netflix and Tencent Video is a huge moment for the game’s community. For the first time, players are seeing some of their favourite champions on the silver screen, with the lore behind many of Piltover and Zaun’s most familiar faces being explored.

But it’s not only LoL players who have enjoyed everything Arcane has to offer. Even those who have never touched the game are tuning in, and some are now downloading League of Legends for the first time to give the game a go. If you’re one of those people, or someone who has generally taken an interest in LoL, but don’t know where to start, then this is the League of Legends beginner guide for you.

League of Legends is an incredibly technical, but incredibly rewarding game. As a Massive Online Battle Arena, or MOBA game for short, teams of five players are matched up against each other on Summoner’s Rift – the lush map on which they do battle. Prior to loading into a game, each player picks one of over 150 characters, known as ‘champions’, to take control of. Each champion packs four different abilities, which are all completely unique to them.

Once in-game, your job is to work together as a team to take down the enemy’s towers which protect their Nexus – the final game-winning objective. Through killing minions and enemy champions, alongside securing neutral objectives using your basic attacks and abilities, you and your team will earn gold and experience to help you get stronger over the course of the game.

While LoL’s tutorial will do a great job of explaining many of the other basic elements that make up its gameplay, we have laid out some general tips in this League of Legends beginner guide that should help you get acclimated to the game, earn your first wins, and most importantly have fun out there on the Rift. 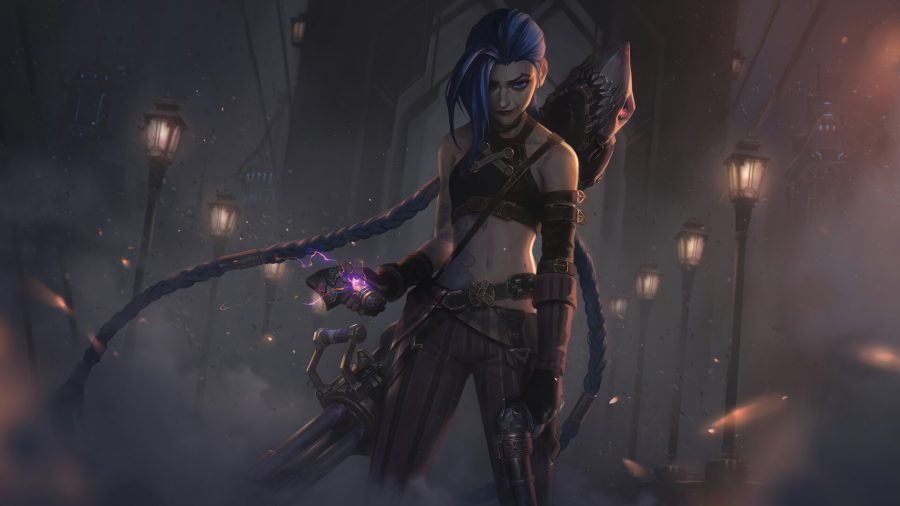 Tip #1: Try out every role to find the one you like the most

When you load into Summoner’s Rift for the first time, you’ll notice there are three different lanes: top, middle, and bottom, as well as a sprawling jungle which populates the space between them. Players will then take their chosen champion into the lane which, depending on the game mode they play, they themselves have picked, or the game has chosen for them.

Spread between the three lanes and jungle are LoL’s five roles. Each role offers a completely different way to experience the game, so trying each one out and getting a feel for how they impact the game is the best way to decide on where you want to set up shop long term.

If you love a good old fashioned 1v1, then you’ll most likely end up as a toplaner or midlaner. While toplaners tend to stay in their own little bubble during the laning phase – the time between the game starting and the first tower being destroyed – midlaners are much more likely to roam and try and pick up kills elsewhere on the map when they’re not busy slinging abilities at their opposite number.

If you enjoy a good PvE experience while outfoxing your opponent, and want to have an impact on every inch of the map, then the jungle is the place for you. By learning smart pathing routes through your own jungle (there are lots of great resources on YouTube), and timing your attacks on allied lanes just right, you have the power to snowball both yourself and your team to victory early on in the game.

Meanwhile, down in the bot lane you have two roles to choose from. Botlaners – known otherwise as Attack Damage Carries or ‘ADCs’ – are traditionally glass cannons. With a focus on farming up minions and hitting big power spikes, champions within this role eventually develop the ability to completely dominate a teamfight through sheer damage output – though at the cost of being incredibly squishy.

With a carry made of paper, every team needs solid support. Some support champions may focus on empowering other members of the team or keeping them alive, while others excel at engaging the enemy during a fight to open up avenues for damage-dealers to do their job. It’s an incredibly versatile role, and one which allows you to impact the game without having to focus on farming minions. 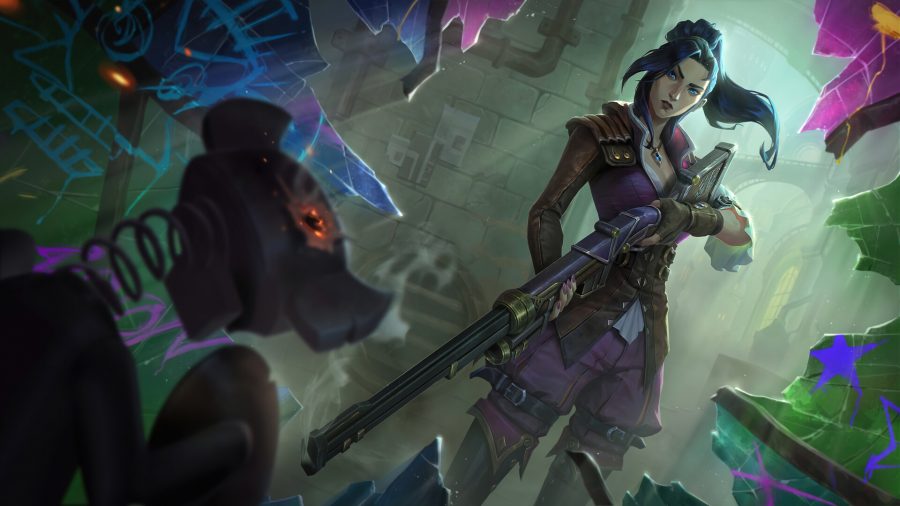 tip #2: Learn a few different champions for your main role, and one or two for off-roles

There are three main modes for Summoner’s Rift: Normal Blind, Normal Draft, and LoL ranked which you won’t unlock until you hit level 30 and own 20 or more champions. When you first start queuing up for games, you’ll probably try a vast variety of champions once or twice, or simply stick to the first champion which initially jumps out at you.

As LoL’s Normal Draft and ranked queues operate a draft format, with each team getting five bans a piece, there is every chance that your favourite champion will get banned out – especially if it’s one of the best LoL champions. You may also find that your opponents keep picking champions which counter yours, making for a frustrating time in lane.

As such, it’s worth building a small but dedicated champion pool, with a focus on getting super comfortable with two or three champions in your preferred role. This way, you’ll always have an alternative in case the draft phase doesn’t look so hot, and will be able to play a losing matchup well enough even if you do end up being countered.

Additionally, when queuing for draft-based queues you’ll be asked to select a secondary role, which you’ll be assigned just in case you don’t get your main one. Being filled can be stressful, but it can also present an opportunity to pick up easy wins if you play it right.

Most of the time it’s safe to assume that, if you’ve been put into your off-role, a player on the opposing team has also had to settle for their second choice. This is where it’s crucial to have a couple of solid picks prepared to ensure that you’re not a hindrance to your team. Equally, it gives you a chance to outperform the enemy fill player, and help secure your team a fat W.

If you’re trying to get to grips with a new champ, then you should absolutely make use of LoL’s dedicated practice tool, something we explain in more detail below. 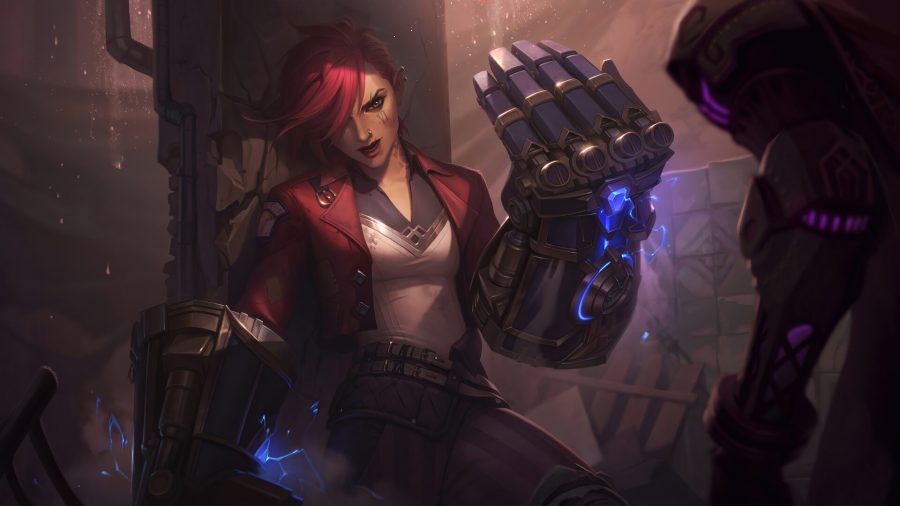 League of Legends’ practice tool is an under-utilised space for a lot of players, with all sorts of uses. If you’re having a tough time learning to last-hit minions while under pressure from your opponent, then you can set up a game either with bots or completely devoid of other champions so you can focus on getting the fundamentals down.

If you want to practice champion combos or experiment with different item builds, then the practice tool also lets you spawn target dummies to whack away at. What’s more, you can give yourself infinite mana, and remove the cooldowns from your abilities so you have complete freedom to whittle away without being inconvenienced by running out of resources.

If you’ve decided to become a jungler, the practice tool will allow you to work on your clear times, helping you get through your camps with blistering pace, and out onto the rest of the map to help your teammates in a real game.

A final, though more intermediate example of how the practice tool can benefit you is that it allows you to master sneaky, pixel-perfect warding spots on the map. Although you shouldn’t worry about this too much when you’re starting out, certain bushes can be warded from the unlikeliest of locations… if you issue the command to place your ward in just the right spot. 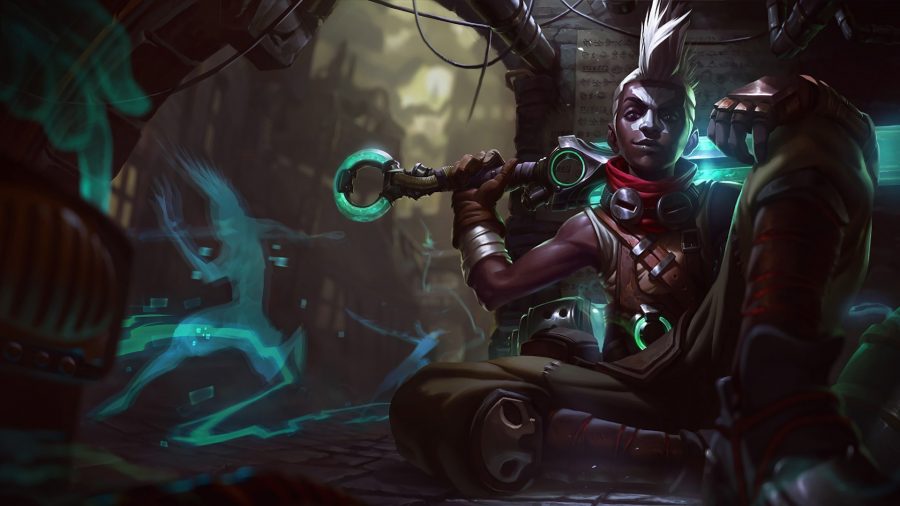 Muting unruly chatters is a powerful tool in League of Legends, and one which even seasoned players fail to make use of. All too often it is easy to become embroiled in petty squabbling with enemy players, or even your own team. This almost always results in a whole lot of tilting, scuffed gameplay, and a terrible time all-round.

Fortunately, the League of Legends community is, for the most part, filled with players hoping to have a positive in-game experience. However, should your game become uncomfortably toxic, then make use of the ‘/mute all’ command in chat for a much quieter experience that will allow you to focus on your own gameplay.

If you don’t want to go quite that far, you can click-to-mute individual players by pulling up the scoreboard with the ‘Tab’ key. If you’d rather just enjoy the tranquil experience of beating up minions and enemy champions for the first part of your LoL journey, then you can turn off chat entirely in the main client’s settings menu. 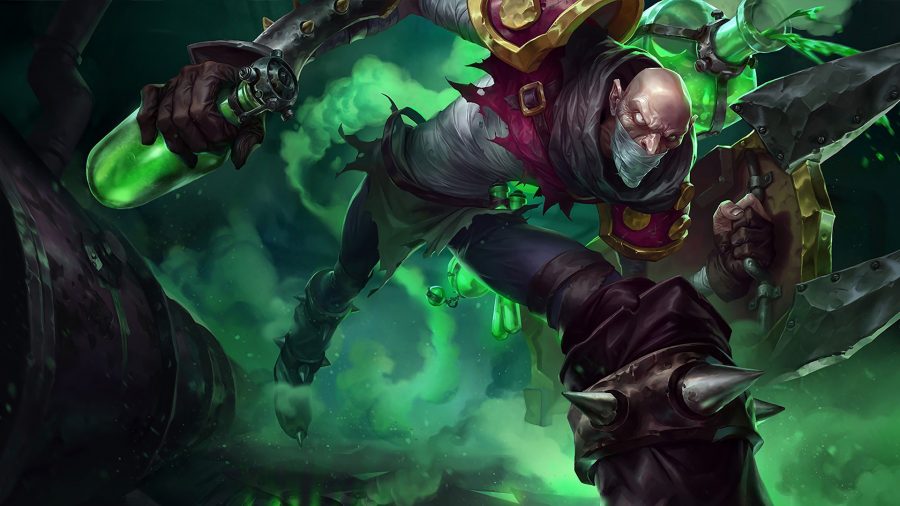 Although LoL has a pretty robust ping system, which eloquently allows you to convey the actions you intend to take, or want your team to follow up on, you’re likely to come across all sorts of jargon in chat related to other facets of the game (unless you’ve muted all, of course).

For example, if the enemy midlaner leaves their lane to roam the map in search of kills, your own midlaner may use the missing ping, followed up with a quick ‘SS’ – which means ‘missing’ – in chat to reinforce who you need to be on the lookout for.

Acronyms are also commonly used. The most notable examples of this for items are ‘QSS’ – short for Quicksilver Sash – and ‘RFC’ – which refers to Rapidfire Cannon. If a teammate says that you need to ‘CC’ (crowd control) a certain target, then focus your stuns, snares, and other abilities meant to impede your foe at them.

There are also individual quirks to LoL shotcalling when it comes to the two big neutral objectives on the Rift: dragons and the Baron Nashor. Dragons are also known as ‘drakes’, while the big purple worm in the top side river goes by either ‘Baron’ or ‘Nash’.

You can find a more comprehensive list of LoL lingo right here.

And there you have it, our League of Legends beginner guide, complete with our top tips to help you as you issue your first movement commands out on the Rift. As you build in confidence and get to grips with the Rift, make sure to check out our best League of Legends champions guide.

Arcane probably brought you to this guide in the first place, and now with your new set of skills, climbing the LoL ranks will keep you occupied while you wait for news of an Arcane Season 2 release date.