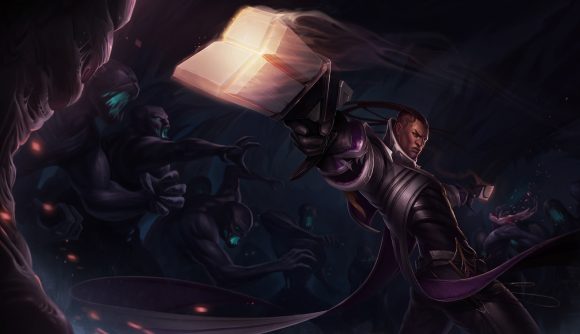 Riot Games has today announced a slew of changes to its player behaviour systems. The upcoming tweaks will see harsher punishments for repeat offenders who either dodge lobbies or go AFK in games, as well as general improvements to the report system that will help better penalise players who intentionally feed in their games.

The most contentious change for many is the increased penalty for repeat instances of queue dodging. Currently, players of all levels most commonly dodge lobbies – which either contain sub-optimal team compositions, or auto-filled teammates – to quickly climb the LoL ranks. Originally, the first offence in a 24 hour period would result in a six minute (15 for ARAM) lockout from queuing again, alongside a 3 LP fine.

Meanwhile, those dodging two or more games in a row would lose access to the queue for 30 minutes, with a harsher 10 LP penalty applied. While these remain the same in the new update, Riot has introduced a third tier, which retains the LP penalty from a second offence, except players will now be locked out for 12 hours.

Easily the biggest change comes to the AFK penalty tiers. Once again, Riot has opted not to penalise first-time offenders more harshly than they currently are, though repeat leavers may want to rethink their actions. As it stands, those who go AFK or leave the game twice will be locked out for 30 minutes (up from ten minutes), while those who do it a third time will not be able to queue again for a whopping 14 days (up from 15 minutes).

While many on Reddit have been quick to applaud the changes, the response to Mark ‘Scruffy’ Yetter’s announcement on Twitter has been mixed.

There is still more to do but these steps should keep us moving in the right direction. https://t.co/KyvDPH4Ta4

Finally, for those intentionally feeding in games, Riot recently rolled out a reporting confidence system. This utilises “high quality” player reports to help establish what those negative patterns of behaviour are, adding another layer to the automated systems already in place. Although the developer is exercising caution around the feature while it is still evolving, it says the results so far have been promising.