The 2021 Mid-Season Invitational was memorable for a number of reasons. PSG Talon asserted itself on the international stage with a substitute botlaner, Ibrahim ‘Fudge’ Allami proved his haters wrong, and Li ‘Xiaohu’ Yuan-Hao became the first player to win an international event in two different roles.

But for me, another moment stuck out. Former L9 incumbent and coffee-sipping streamer ‘RatIRL’ was matched up against Chen ‘GALA’ Wei during the MSI soloq bootcamp. How would the notorious Twitch connoisseur fare against the man who was at the time touted as the spiritual successor of Jian ‘Uzi’ Zi-Hao? Well, it turns out that RatIRL wanted to give the LPL carry the full EUW server welcome, terrorising GALA’s Varus in a short but kill-riddled game.

After 20 minutes had elapsed, RatIRL was 22/3/3, but GALA? GALA was 1/12/1 – he had zero opportunity to flex his League of Legends muscles. It’s moments like these that make me anticipate LoL’s international event bootcamps almost as much as the main events themselves. It’s an absolutely barmy time of year, where my favourite players from across the globe all mix and match in a big meta melting pot, and super teams I never even thought I needed to see form for a sweet ~30 minute period.

The other element that makes tracking the pros as they ascend the LoL ranks so entertaining is the live commentary from co-streamers like Marc ‘Caedrel’ Lamont and Drew ‘Midbeast’ Timbs. Experiencing RatIRL’s demolition of GALA in Caedrel’s chat made the experience all the better, as thousands watched on in giddy disbelief at what was unfolding. 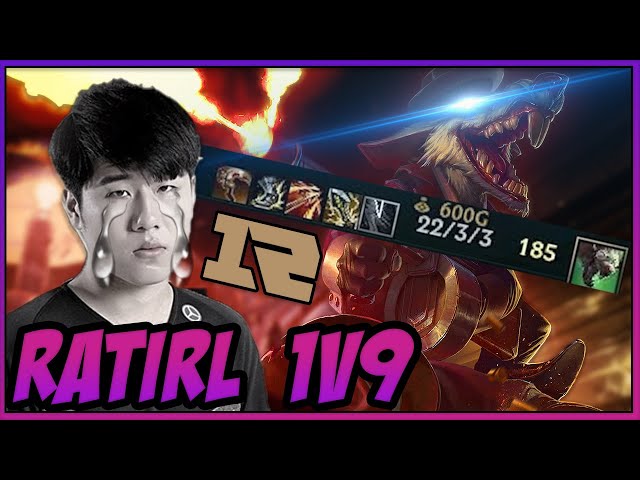 Although many of the teams, including the Chinese and Korean delegates, have yet to arrive in Europe for Worlds 2021, there have already been some top-tier moments. For example, there’s Fudge’s pop-off Fiora play – which made victims of Adam ‘Adam’ Maanane and Jo ‘CoreJJ’ Yong-in – and this nasty Ezreal ult-Flash buffer from Edward ‘Tactical’ Ra.

And it’s pretty much like this every year. Take for example this compilation of highlights from 2019, or, going even further back in time, the occasion Lee ‘Faker’ Sang-hyeok solo bolo’d Rasmus ‘Caps’ Winther during Season 5’s boot camp after the Dane gave it massive in all chat.

Indeed, the international boot camp season really is like Christmas for fans of League of Legends esports. It’s a time of magic, where anything can happen. I’m just praying that Worlds takes place in North America next year, in the hopes that we can finally see Tyler ‘Tyler1’ Steinkamp face off against his parent organisation in a T1 vs T1 showdown on the Rift.