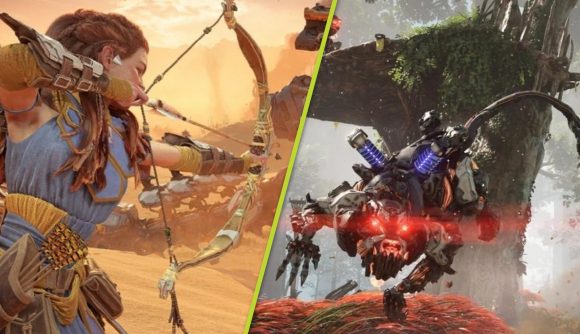 Guerrilla Games has released a new patch that brings a number of fixes to Horizon Forbidden West, which was released just last week and allows players to continue Aloy’s journey across a dystopian wasteland inhabited by all kinds of nasty enemies, including robotic dinosaur entities.

The patch notes, posted on Reddit, detail the changes. There are fixes for a number of main quest bugs that block progression, cause Aloy to fall through the map, and make NPCs wander off after reloading saves. Similar changes have been made to some side quests, which stop NPCs falling from the sky and correct issues blocking game progression. Adjustments have been made so that the Second Chance skill now works properly, too.

Among other general improvements, Guerrilla has now fixed a host of other problems, like oversharpening when playing on an HDR screen, the HUD flickering when looting, jittery animations, characters getting stuck in geometry, and NPC behaviour fixes that mean they will no longer teleport or act strangely at night.

There are a number of issues the development team is aware of, however, but that haven’t actually been fixed in patch 1.05. These include players reporting a graphical “shimmering” that occurs when moving the camera in-game, an issue that causes Aloy’s outfit to appear blurred in photo mode, a progression-stopping interaction bug in the quest ‘Reach for the Stars,’ and players being sent into an infinite loop of loading screens when trying to enter the Melee Pits – an issue a member of The Loadout’s own team is currently experiencing, so keep an eye out for our review.

If you’re still stomping your way west with Aloy, you might like to know where to find all the Tallneck locations or all of the Horizon Forbidden West ammo types and what they do. That way, you can plan what you’re going to do now you won’t be stuck in geometry anymore.