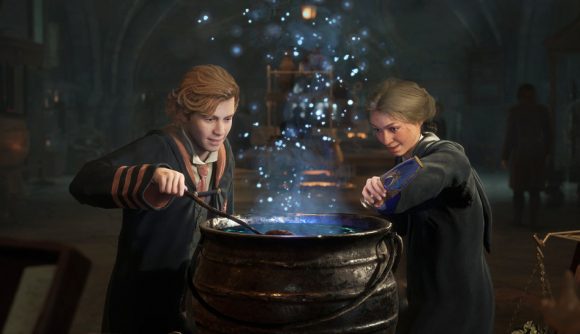 It has been a while since Hogwarts Legacy impressed us all back at its gameplay showcase State of Play. But, while details are light fans have been digging and seemingly uncovered a number of pre-order bonuses and special edition contents that are yet to be announced.

Spotted by ‘Opalelement’ on Reddit, eight different items were spotted on the game’s official website, but the most exciting is 72 hours early access to the game. Without a Hogwarts Legacy release date yet, this bonus is most likely a part of a special edition of the game WB has yet to announce, rather than just a pre-order bonus, alongside the Steel Case for the game.

As for what these items look like, that’s unknown for now. However, some of these are likely pre-order bonuses while others are included with the other editions of the game. But, Hogwarts Legacy is set to release this Holiday we should hear more either next month or at Gamescom.

However, Hogwarts Legacy has drawn criticism, particularly from fans angered with J.K. Rowling’s views on the trans community. While it’s important to note Avalanche has confirmed that Rowling is not involved in the development of Hogwarts Legacy, it is based on her body of work on the Wizarding World. As such she will stand to make money from the game’s release.