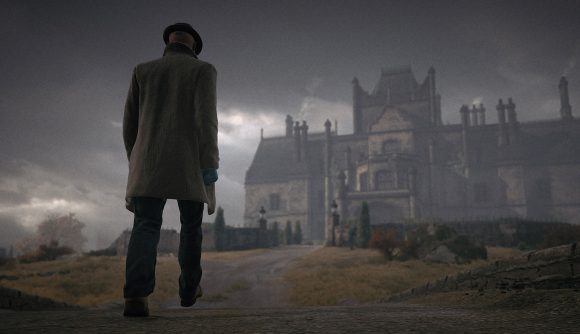 Ahead of Hitman 3’s launch on Wednesday, January 20, IO Interactive has now released the game’s launch trailer. The trailer showcases various locales, weapons, and opportunities to use them throughout the two and a half minute clip uploaded across its media channels.

The trailer is moody in tone; in-keeping with the darker vibe IO has consistently attempted to imbue into the World of Assassination Trilogy. Speaking to The Loadout in a previous interview, IO community manager Travis Barbour notes that this design decision has, to an extent, been at the community’s behest. “I specifically remember when we showed off the Chonqing level where it’s raining,” he tells us. “There were segments of the community that were just like: ‘they finally did it, they gave us a nighttime level with rain’ – it’s really good to see.”

Throughout the trailer, five of the upcoming title’s mission zones see air time – the Carpathian Mountains of Romania seemingly absent judging from IO’s sneak peek. If you have already read our Hitman 3 gameplay preview, then you will have a feel for what to expect in Dubai and Dartmoor. However, here we are also treated to the grungy warehouse rave site of Berlin, the neon-lit streets of Chongqing, and the lush vineyards of Mendoza.

You can check out the full Hitman 3 launch trailer below.

Agent 47 returns as a ruthless professional in HITMAN 3 for the most important contracts of his entire career. This is the dramatic conclusion to the World of Assassination trilogy. HITMAN 3 launches 20 January.

From the cinematic snippets, alongside what we saw in our own preview, we can also see IO is attempting to really give Hitman 3’s story the space to develop that it deserves; something which has been missing at times from previous instalments. With the studio now set to shift its focus to the upcoming 007 game, it is only fitting that Agent 47 is given such a grand send-off.