I am in the midst of stuffing an unconscious waiter into a locker when I notice the suspicion meter quickly beginning to fill. Once again, I had gone for the risky kill, only to be caught in the act. Spinning around to find the bewildered face of my prey’s colleague, alongside a couple of angry guards who are ready to put an end to my mission, I now find myself needing to partake in the dance of death.

This is only one tale I can tell during my time with the Hitman 3 preview build. But during this particular playthrough, I reacted like most assassins would – by drawing my trusty ICA19 silenced pistol and planting a single bullet between the first guard’s eyes. But before I can switch targets, the waiter makes a break for it. Sadly for him, I stop him dead in his tracks by launching a particularly ripe banana at him. A move, that I’m sure you agree, is right out of the assassin’s handbook.

As the second guard begins firing, I pull out the can of soda I had planned on savouring later – being the world’s most deadly assassin is thirsty work, after all – before knocking my amateur assailant out with yet another pinpoint throw. By the time the waiter picks himself up from the floor, I’m disguised as a guard and the whole affair is forgotten.

For anyone who has played the first two games in Hitman’s World of Assassination trilogy, this is perhaps a familiar scenario. That’s because, like the previous two games, the possibilities in Hitman 3 are endless. Granted, there are more ways of killing unsuspecting targets and navigating the map in this game, but fans will be happy to know IO Interactive has once again returned to the mantra: ‘If it ain’t broke, don’t fix it’.

While IO has kept the constituent parts of its wildly-successful recipe largely unchanged, the scope of its presentation is now even more grandiose. You see, when you load into Dubai – Hitman 3’s introductory locale – for the first time, you aren’t simply plonked at a point of entry. Instead, you skydive in. And why wouldn’t you? For the mission – the elimination of two of Providence’s partners – Agent 47 is tasked with infiltrating the world’s tallest building: the Burj Al-Ghazali, also known as The Sceptre. 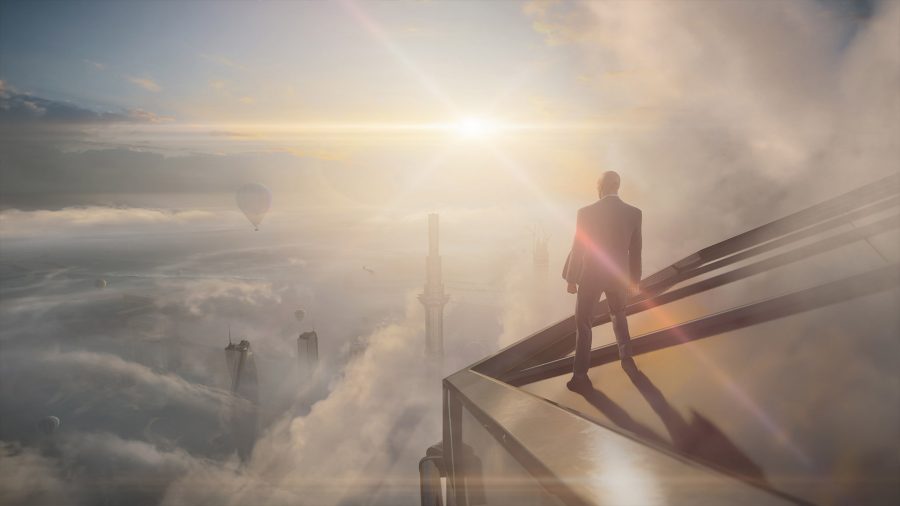 This is where IO’s level designers really shine. Piercing the clouds and seemingly spanning to infinity, The Sceptre – the crown jewel of the Al-Ghazali building empire – is nothing short of bombastic. Its halls are drenched in gold, with decorative waterfalls flowing into the bottomless, opulent abyss below.

Even as 47 enters The Sceptre, your mind isn’t on the two targets you’re there to eliminate – it’s on your surroundings. As you climb the stairs to the atrium, your focus is on the refraction of the sun that temporarily dazes you as you pass by. It’s an introduction fit for a Bond movie, and perhaps suggests that IO is flexing its creative muscles ahead of its new 007 game.

The studio’s Glacier engine has once again been deployed, and it’s better than ever

IO’s Hitman games have long been commended for their visual fidelity, and from what I was presented with in Dubai, this final installment is no exception. The studio’s Glacier engine has once again been deployed, and it’s better than ever. Lighting and reflections are gorgeous, even without raytracing (which IO intends to implement later this year). While I was only playing on medium-high settings on PC, the level of detail remains exceptional. This only makes me more excited to get into the final game’s Chongqing mission, with its rain-soaked, neon-lit streets providing the perfect storm for the engine to shine.

Another major proponent of this iteration of the Glacier engine is its upgraded AI capabilities. Quantitatively, IO shows off over 300 concurrently active NPC AIs in Dubai during its Under the Hood reveal. This sense of scale is also at play in Hitman 3’s second mission, which is set deep within the mossy English wetlands of Dartmoor. However, rather than manifesting through sheer numbers, Thornbridge Manor features a myriad of intricately-woven characters to set up the Thornbridge murder mystery – perhaps my favourite Hitman mission story to date. 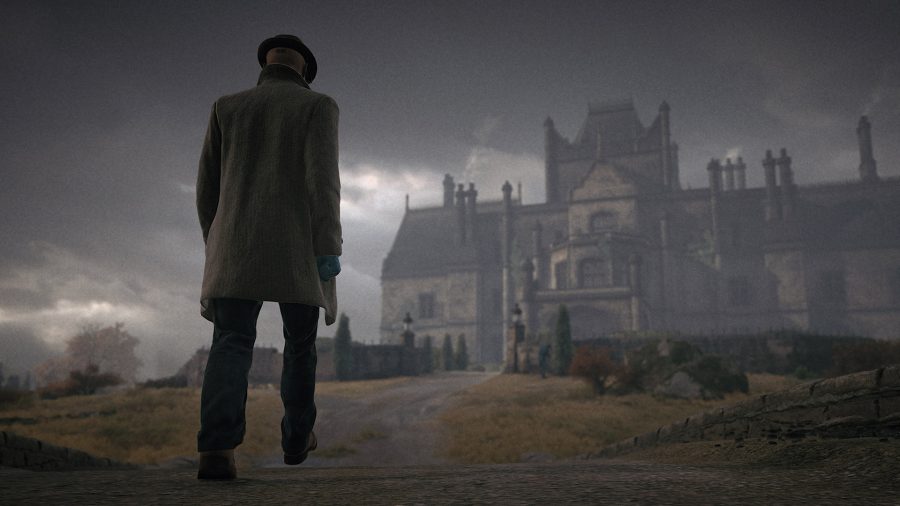 We can’t say too much, but this mission is Sherlockian by nature, and sees 47 assume the role of a detective hired to solve a murder. IO has traditionally excelled at using dramatic irony (be it for comedic effect or otherwise) in the way 47 exists within, and interacts with, the world around him. Now, on the most meta level possible, the world’s most dangerous assassin is tasked to solve a murder that he didn’t even get to commit. I can imagine his disappointment is immeasurable.

I found myself coming back to Thornbridge Manor time after time, knives out

However, with such a skill set, it is only natural that 47 would excel at tracing the steps of lesser killers (even if he has to remove a few obstacles in the process). And, while I would be hung, drawn, and quartered for sharing anything particularly spoilerish, it can perhaps be posited that IO has drawn inspiration from one of 007 actor Daniel Craig’s other on-screen appearances during the murder mystery’s conception. Suffice to say, in cinematic parallel, I too found myself during the preview coming back to Thornbridge Manor time after time, knives out.

Thinking about Hitman 3’s replayability, then, the major charms from its prequels remain. The promises of extra story strands, schemish challenges, new starting locations, and fresh guises that completely bamboozle anyone without a little white orb above their head have traditionally offered more than sufficient motivation to re-attempt a mission from a new angle. The series truly is a completionist’s paradise.

Hitman 3 seasons this melting pot with the introduction of permanently-unlockable shortcuts – such as hidden doors and ladders – which carry over into subsequent replays. The addition is welcomed, and makes scooting through missions in order to test out even more nefarious executions on certain targets a breeze. 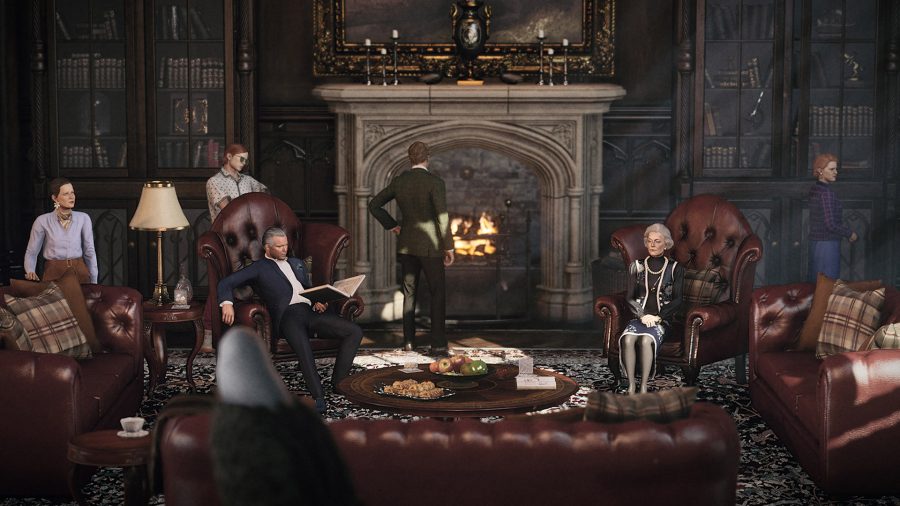 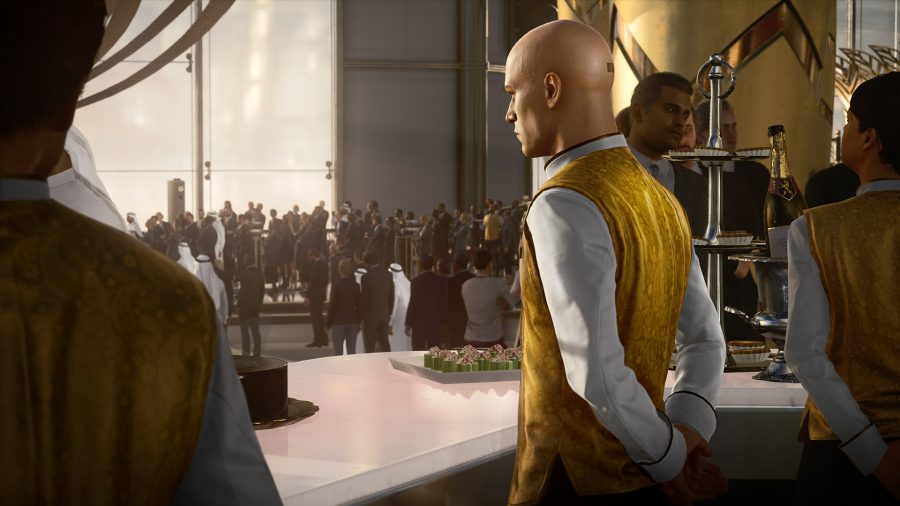 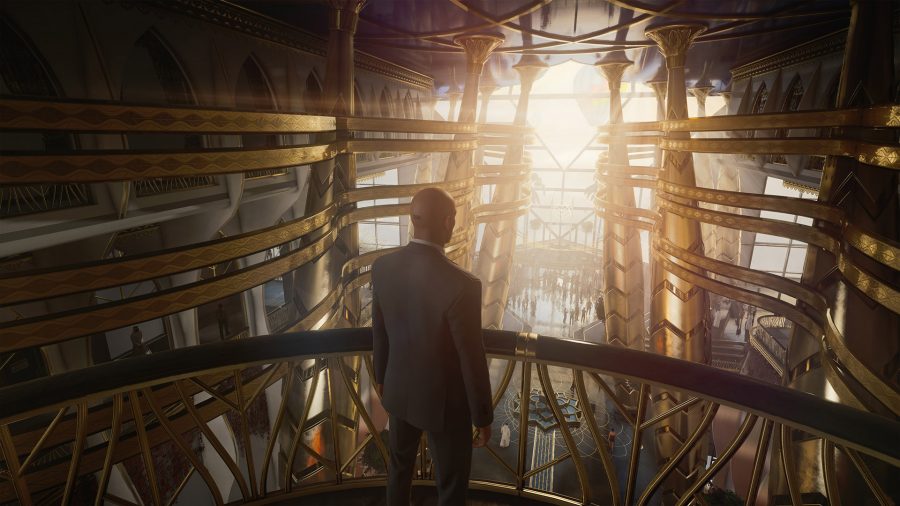 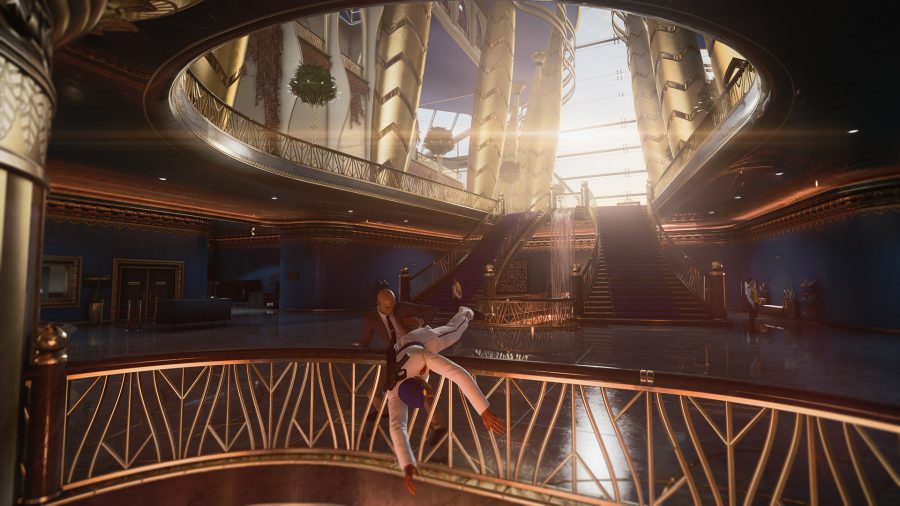 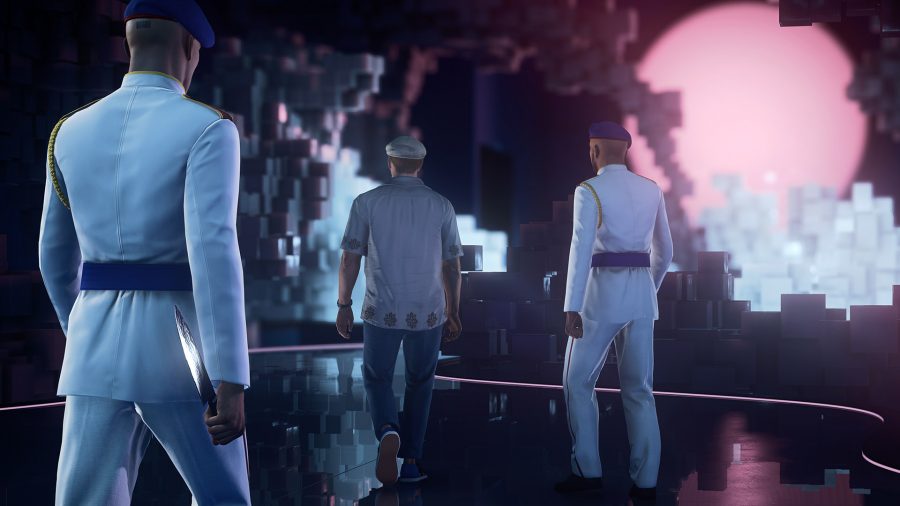 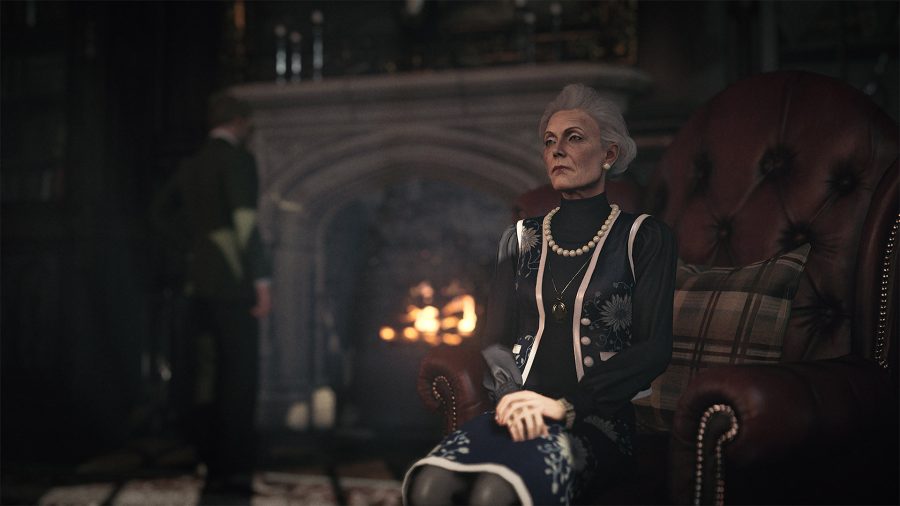 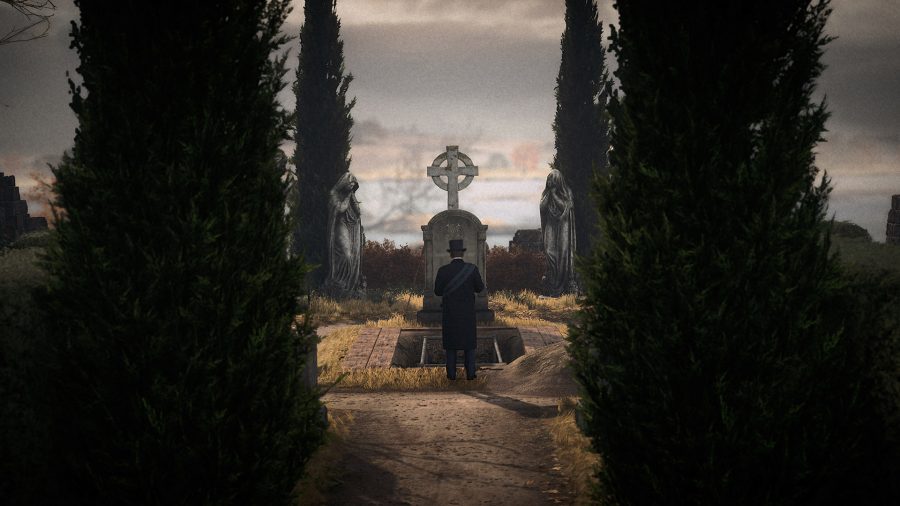 Permanent shortcuts aren’t the only new addition, however, as 47 has a brand new toy in the form of a camera that has the ability to scan select NPCs and open certain locks; a new twist on his more traditional approach to ‘point and shoot’. However, from my time with the two missions available this has only really served as a gimmick. And while it does come with a few filters for gussying up stealthies, players should not expect a fully-fledged photo mode for now.

IO has also returned to fully-animated cutscenes. Each one is longer and more impactful than those found in previous games, leaving me longing for more. The choppy, storyboarded iteration we saw in Hitman 2 was itself an unfortunate character development assassination, with the impact of key plot moments in the story’s finale marred by the weak foundations laid by its prequel. Although Hitman’s story is peripheral to pretty much everything else it has to offer, it is a shame that the depth of the relationship between 47 and Grey had the wind knocked out of its sails.

The fact that a camera – which probably hasn’t even reached its full potential yet – is the only real gripe with what I’ve experienced in Hitman 3 so far should say enough about how good the final instalment in the World of Assassination trilogy is shaping up to be. With next-gen features, like adaptive triggers and haptic feedback, and raytracing capability on the way, IO is going bigger and better with Hitman 3, all while retaining the key ingredients that make this series truly special.