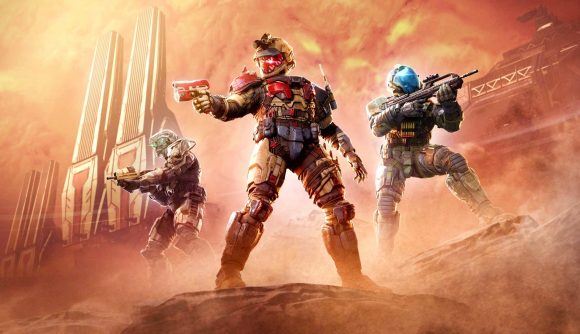 The issues and controversies that surround Halo Infinite just don’t end, and, in fact, seem to be increasing, with examples from the past few days including the Juneteenth bonobo mishap and store skin prices inflating. Things took an even stranger turn yesterday when Halo Infinite’s ranked matchmaking mode stopped actually matchmaking. 343 has now deployed a fix, but that hasn’t stopped the community discussing yet another major issue cropping up in ranked play.

The issue wasn’t isolated and was reported by plenty more competitive Halo players, including collegiate esports player Mason Schlegel. “I can’t make this up. Ranks in halo infinite don’t work, I guess,” Schlegel tweets. “My rank won’t load and I just queued into a game with a Silver on my team while I’m Onyx 1800.”

Spartan later directed a follow-up tweet at 343’s senior community manager John Junyszek, asking if the development team knew about the issue. “Yup, we’re seeing that too. The team is on the case right now,” Junyszek replied.

The #HaloInfinite team has resolved issues with online multiplayer and ranks not appearing correctly. If you're currently in-game, close and relaunch the game to see your actual rank or to continue playing multiplayer.

The issue now appears to be resolved, but not before a Reddit thread full of players of all levels experiencing similar issues could appear. It’s clear that despite 343’s efforts, communication (rather than issues with the game) still remains one of the community’s top gripes.

“Pretty fucking weird that I have to go out of my way to follow or find the specific community manager’s Twitter accounts in order to stay updated on the current issues with the game,” DetectiveAmes says in the thread. “Like, it’s fucked to begin with that having to stay updated on Twitter for a game is required at all, but still.”

Halo Infinite might have a roadmap to give players a better idea of where the game’s content is heading now, but the community is clearly still unhappy with how 343 is handling the shooter.