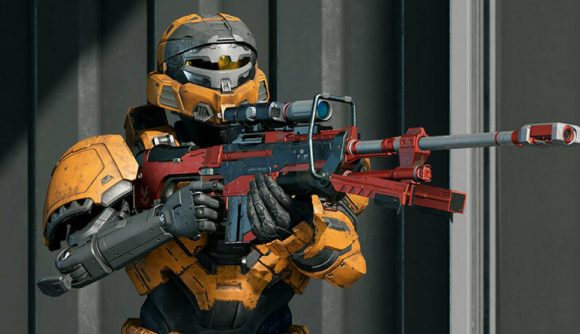 343 Industries has changed a lot about Halo Infinite‘s multiplayer already based on players’ feedback, but the team are sneaking in one last tweak before the Holiday celebrations kick off: a dedicated Slayer playlist.

All of this means that Halo Infinite now has four new dedicated modes as of December 14, on top of the Quick Play, Bot Bootcamp, Big Team Battle, and Ranked Arena playlists already in the game right now. Free For All is the standard everyone against everyone mode, while Fiesta was briefly included in the game during the Tenrai Fracture and gives players a different set of weapons each time they spawn. Tactical Slayer is the hardcore version of the traditional Slayer mode.

This initial Slayer playlist will be a stripped back version of what 343 intended to offer with the mode, originally planning to add a bunch of weapon variants into the game with it.

However, according to 343’s community manager those variants “weren’t going to be ready in time to deploy before the holiday break”, so expect them in the new year instead.

Alongside this playlist update, the game will also see some challenges removed and some challenges’ requirements reduced to make achieving the ultimate challenge every week less intensive and grindy.

After Halo Infinite’s multiplayer very mixed launch, 343 look to be continuing to act on player feedback. Let’s hope it can address some issues with limited-time events in time for the Winter Contingency event, which is expected to begin in the next few weeks.