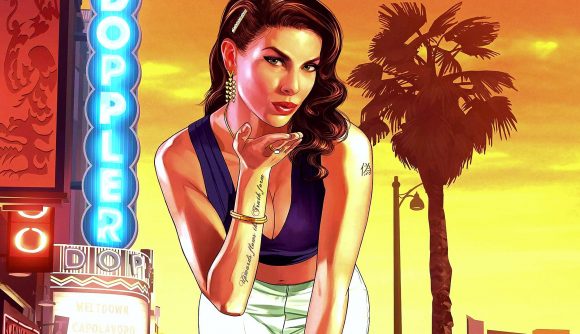 If you’re waiting for some exciting news about when the GTA 6 release date is planned for, you might be waiting a while – however, a recent report by Bloomberg’s Jason Schreier has offered us a few morsels of information when it comes to the next Grand Theft Auto game from Rockstar Games. It’s going to feature a latina protagonist, the first playable female protagonist in series history, and a growing open world that is expected to expand with post-launch content updates. If true, both of these decisions are something we imagine Rockstar Games hopes reflect a transformed working environment. However, Schreier has also shared that the developers of the next GTA game “are also being cautious not to ‘punch down’ by making jokes about marginalized groups”.

Grand Theft Auto games have something of a reputation in society. While they offer players excellent sandbox open-world environments and fantastic storytelling, they are also often accused of glorifying excessive violence and dabbling far too much in taboo subjects and dark comedy.

Of course, there’s evidence to support these claims and criticisms – however, there are concerns that ditching the game’s unqiue (and often frowned upon) brand of humour will impact its’ success. We don’t think that will be the case, at all, and the decision to create a more tolerant world for Grand Theft Auto 6 is an important one.

If you’re worried about GTA losing its’ identity, you might be somewhat suprised to know that Rockstar Games has already started working towards a more tolerant in-game universe. As Schreier reports, the most recent release of the company’s best-selling Grand Theft Auto V has has a number of transphobic jokes and inappropriate comments removed.

In addition to this, while subtle, there has been something of a tonal shift from Grand Theft Auto IV to Grand Theft Auto V and the subsequent GTA Online expansions. It shouldn’t come as a surprise to see that Rockstar Games wants to create a more tolerable GTA experience – and a playable female protagonist has been a long-time coming. That, and we’re sure there will still be a Sprunk vending machine on every corner.

Schreier’s report explains that in addition to the above, Rockstar Games as a studio has itself undergone quite a few important changes in an effort to improve the working environment and reduce the need for crunch periods – something that reached a boiling point of sorts when Red Dead Redemption 2 released and staff claimed they were working 100-hour weeks to complete the project.

Rockstar Games has undergone “a restructuring of the design department” and Schreier claims that it has also made “a pledge to keep overtime under control”. He does continue on to make something of an interesting comment, however.

” Some workers say they’re still trying to figure out how to make games at this new iteration of Rockstar and wonder even what a Grand Theft Auto game looks like in today’s environment.”

We don’t know what to make of this comment just yet, but it does reaffirm that we’re probably not going to be hearing much more about the next title from Rockstar Games for some time. However, GTA 6 is now reportedly Rockstar’s focus with multiple remakes shelved. So… We could be waiting a little longer than we thought.