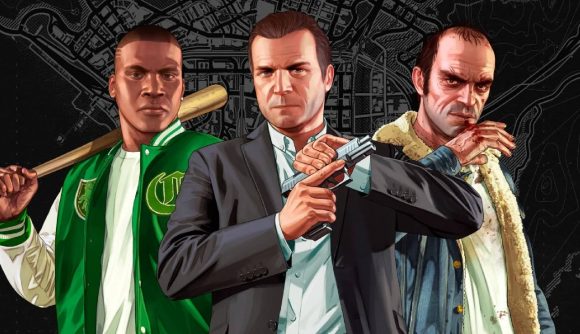 GTA 5‘s PS5 upgrades have finally been detailed during today’s PlayStation Showcase after a lot of waiting from players over the last few months. Earlier this year, Rockstar announced that there would be next-gen version of the game, but remained vague on what PS5 and Xbox Series X|S players will actually see upgraded with the new edition of the game.

During the September PlayStation Showcase, it was confirmed the game has improved graphics, enhanced gameplay, and the all-important seamless character switching, which is a much requested feature. Unfortunately, we didn’t get any concrete details about performance or how the game has actually been improved for next-gen.

Hopefully, before launch, we will see a blog post or another trailer for the game which goes into more detail about what we can expect from the next-gen upgrade for the game on both PS5 and Xbox Series X|S.

We also learned that the next-gen version of GTA 5, and GTA Online, will launch in March 2022, delayed from its original November 2021 date.

Stay up to date with all the upcoming PS5 games, including GTA 5 ahead of their release later this year and into 2022.