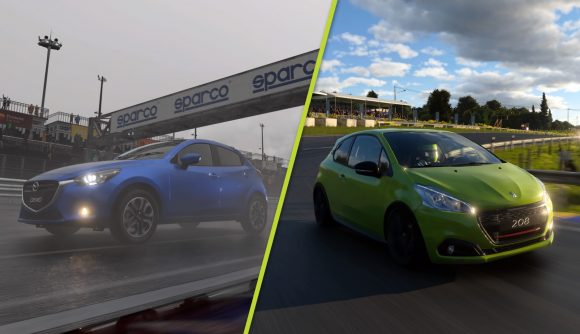 Gran Turismo 7’s servers are still down, more than 24 hours after the rollout of a seemingly routine (yet controversial) update. Patch 1.07 was already irking fans of the game for nerfing a popular credit grinding method as Polyphony looks to make earning credits as difficult as it originally intended. However, it’s now irking on a whole new level – people can’t even play the game to earn said credits.

Shortly after the update dropped yesterday, Polyphony Digital announced that it would be “extending” server downtime as it worked on fixing an issue. However, no more communication has been given since then, and more than 24 hours later, servers remain offline.

While Gran Turismo 7 boasts a substantial amount of single-player content, such as License Tests, the story mode tied to the GT Café, and more, none of this can be accessible without being connected to its servers. You can’t even play local split-screen in Gran Turismo 7 without being online. This means that players are locked out of pretty much all the game’s content, with only a selection of single events in Arcade Mode available to play. Even then, you can only use the lineup of 13 cars that Polyphony has selected for these offline races, and not the vehicles in your own garage.

These offline races do not award credits or count towards your daily miles either.

With this double-whammy of bad news for players, just two weeks into Gran Turismo 7, the community is understandably frustrated. It also reinforces some pre-release concerns about virtually all of the game’s content being tied to having an online connection. The slashing of rewards for completing certain events also validates concerns around GT7’s in-game economy and use of microtransactions.

Overall then, this seemingly simple patch has actually put GT7 in a spot of bother despite its excellent on track action. Polyphony will be hoping for a swift rebound and that the events of the last 24 hours won’t deter players from sticking with the racing sim.