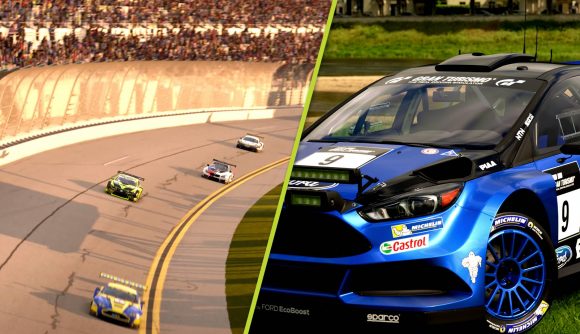 March 18, 2022 Polyphony has changed the 1st prize payout for the Fishermans Ranch event to just 30,000 credits, so this method is no longer as effective as it once was.

With over 400 cars to collect and a plethora of engine upgrades and cosmetics to choose from, Gran Turismo 7 microtransactions dominate the off-track gameplay of Polyphony Digital’s latest entry into PlayStation’s iconic racing game series. If you’re struggling to save up for one of Gran Turismo 7’s legendary cars, fear not – players have discovered a Gran Turismo 7 money exploit that can bag you almost 2,000,000 credits an hour.

Reddit user ‘pequenotuga’ has shared a four-step strategy to earning 97,500 credits roughly every three minutes which, by their calculations, should net you an average of 1,950,000 credits an hour. It’s a repetitive process, and you need to have all the Café missions completed beforehand, but it’s a great way to save yourself some money and save up for Gran Turismo 7’s most-expensive cars.

To complete this Gran Turismo 7 money exploit, players are going to need to upgrade the Ford Focus Gr.B Rally Car and tackle the Dirt Champions race.

Before you start, you’ll need to head into the garage and upgrade the Ford Focus Gr.B Rally Car with the High-RPM Turbocharger engine upgrade. This is going to increase the car’s horsepower just enough to make it faster than your competition in Dirt Champions.

When you’re ready to race, head to America and select Fisherman’s Ranch to find the Dirt Champions race. This race is going to take roughly three minutes and if you can win without hitting your opponent, you will earn 97,500 credits.

Then, all you need to do is rinse and repeat until you have earned enough credits. If you’re struggling to beat your opponent, it’s worth lowering the difficulty level in-game. According to pequenotuga, the player who discovered this exploit, difficulty doesn’t affect the payout of this race.

There’s no telling how long this exploit will actually be available – Polyphony Digital could find a way to remove it in a future update. However, for now, this is a quick and easy way to earn credits in Gran Turismo 7. If you’re looking at the Gran Turismo 7 car list for a new set of wheels, this could help you buy them.