Gotham Knights is shaping up to be an epic adventure, traversing the rooftops of Gotham and taking down the many thugs that linger within its walls. This time, however, Batman will be absent from the picture. The mantle will be picked up by four of DC’s iconic heroes, best known for their supporting roles alongside the caped crusader – Batgirl, Nightwing, Robin, and Red Hood. They are all going to be taking centre stage and protecting Gotham. So, let’s take a closer look at the Gotham Knights characters and character list and who has been revealed so far.

From what we can see so far, the Gotham Knights characters and character list is shaping up nicely, with some interesting villains popping up already – Mr Freeze, Penguin, and the main antagonists The Court of Owls. Once we get closer to the Gotham Knights release date, more characters will likely be unveiled and put into this list.

Our four heroes come equipped with a unique arsenal of gear and abilities to help make the streets of Gotham safe once more. You can also unlock blueprints that allow you to craft better gear and armour to increase your stats – as well as having a section for mods which can further increase your stats. All playable characters come equipped with augmented reality vision that helps them to locate clues in the environment and each of them can also make use of the Batcycle to get around the Gotham streets with ease.

The full list of Gotham Knights characters is as follows: 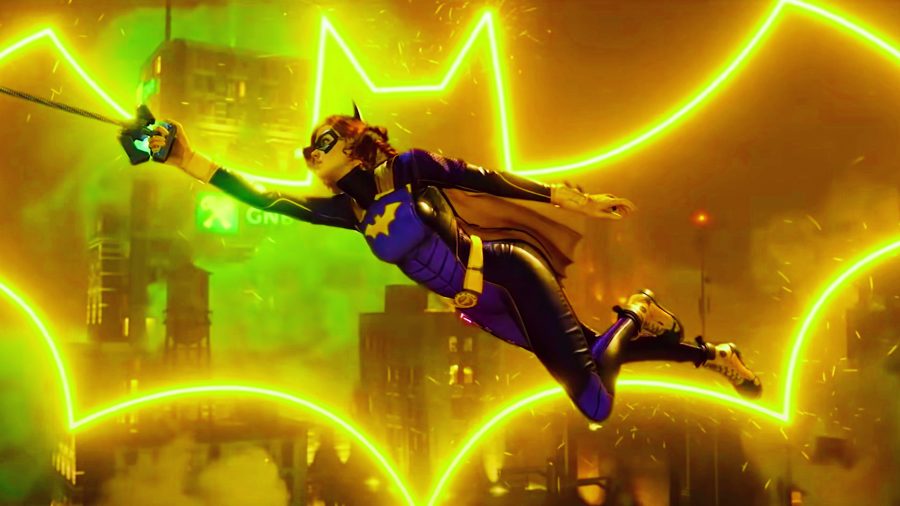 Batgirl, formerly known as Oracle is one of the four main playable characters. She is the daughter of now-deceased GCPD Commissioner Jim Gordon, who has died within this universe alongside Batman.

Batgirl is a tech guru, highlighted by her past as Oracle where she helped Batman countless times by using her skills when it comes to hacking or coding in computers, and when digging through technological systems for information.

Batgirl comes equipped with her recognisable tonfa, which she can utilise to take down the many enemies she will come across. The tonfa also expands and contracts, allowing Batgirl to hit enemies slightly further away from her.

Batgirl has a grapple that she can use to attach to the sides of buildings to allow herself to climb. 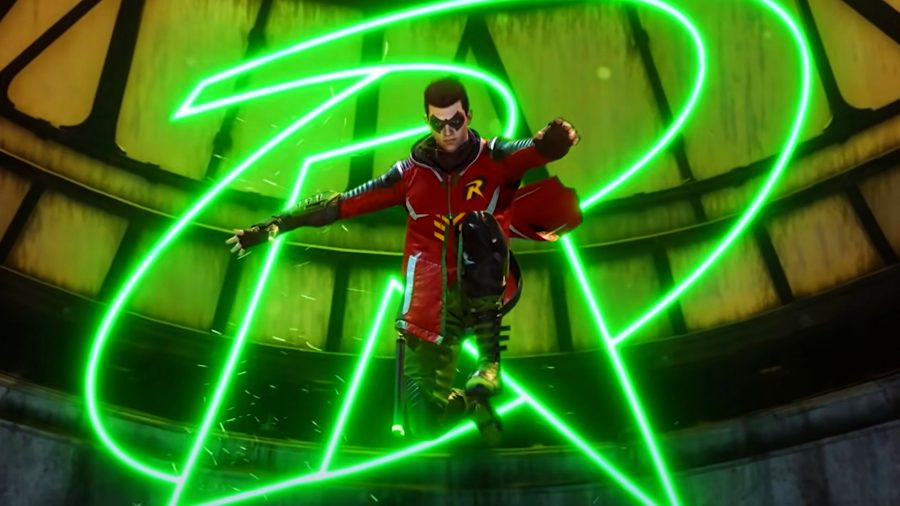 Robin is the youngest of the four playable characters – he is also the third iteration to take up the Robin mantle. Don’t let his youth fool you, Tim is a highly capable combatant, making smart use of all his gadgets and weaponry.

Robin comes kitted out with a collapsible quarterstaff that he uses to take down his foes; he can also choke them out with the staff if he is able to quietly get behind them. Robin has a plethora of gadgets at his disposal that he can use to sneak around the battlefield and take down his enemies. 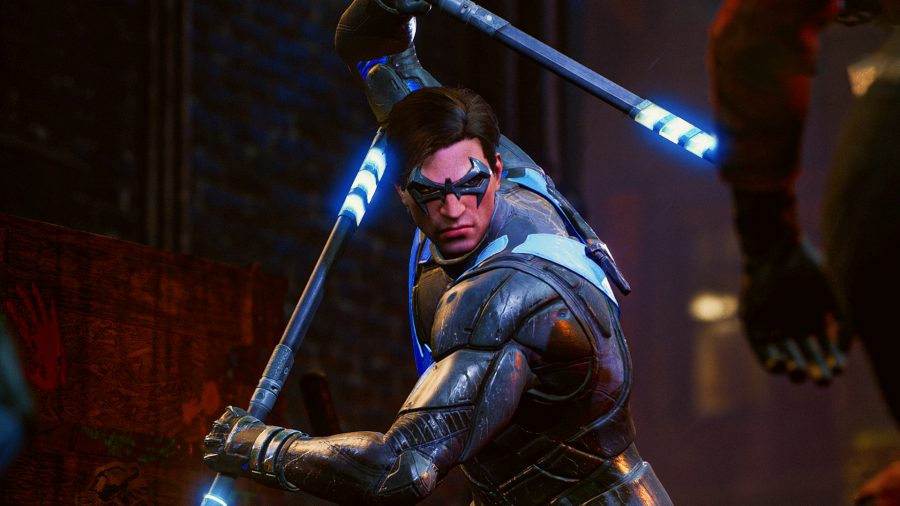 Nightwing also joins the roster of playable characters you can utilise on missions around Gotham. Dick Grayson is known for being the first-ever iteration of Robin – he has taken those experiences with Batman and turned himself into one of the great vigilantes of Gotham.

Nightwing comes equipped with his iconic escrima sticks that he can use to pummel his enemies into the ground – or off of buildings. Nightwing is also the most agile of all the playable characters, seemingly able to ping pong himself around the battlefield with style and ease.

Nightwing also has plenty of gizmos at his disposal like everyone else, he can shoot projectiles from his wrists that resemble flashbangs, allowing him to take a breather in the midst of battle and focus his attention elsewhere. His escrima sticks can also emit elemental shockwaves that can inflict elemental status effects. 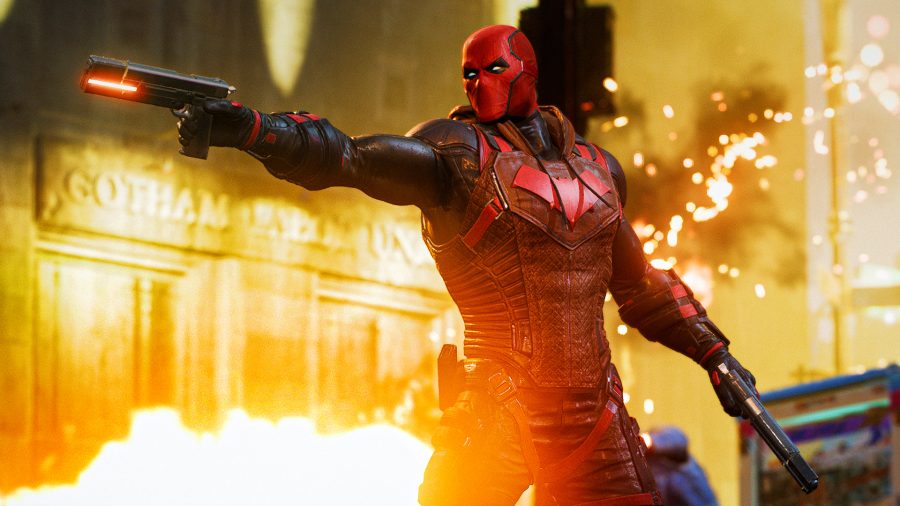 The last playable character in Gotham Knights is none other than the Red Hood. Jason Todd has had an interesting trajectory in the DC universe, from being the second person to pick up the Robin mantle, to receiving a vicious beating and being killed at the hands of the Joker. Jason Todd’s story clearly doesn’t end there though in Gotham Knights, as he is eventually resurrected, where he takes up the mantle of the Red Hood.

Red Hood starts his life out as a major anti-hero, butting heads with the Bat Family on numerous occasions. Although Red Hood’s intentions are good, Batman and co could never approve of murder – something Red Hood didn’t agree with for quite some time. Thankfully for this game, all differences seem to have been put aside and everyone seems to be working together proficiently.

Red Hood uses twin pistols that shoot rounds designed to incapacitate, but not kill. Players who enjoy a ranged approach to combat will most likely find Red Hood’s combat style quite enticing, as Red Hood blossoms best on the battlefield using his twin pistols to take down the many foes in his way. For up-close encounters, Red Hood can use his brute strength to take down foes, although attacks are very slow compared to the rest of the roster. He does have a few abilities up his sleeve to make up for the sluggishness – one of which has him attach a bomb onto his enemies that he can then detonate at any point to cause mass damage.

Like the other members of the team, Red Hood has his own abilities to navigate the rooftops as well – his being far more unorthodox than the other three team members, with Red Hood harnessing his soul energy to mystical leap around the skies. Interesting. 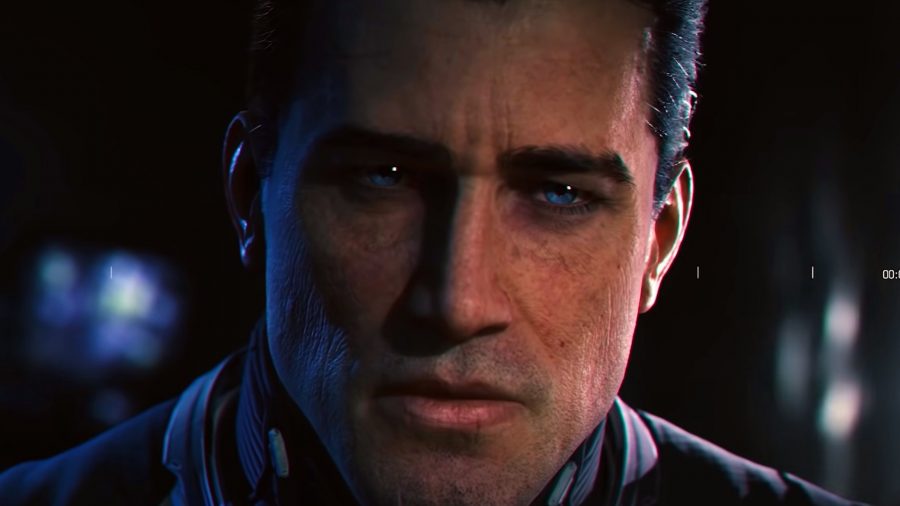 Bruce Wayne, best known as the caped crusader, Batman, is going to be absent from Gotham Knights, as we learn in the reveal trailer that Batman is suspected to be dead – from some form of explosion. Batman asks his Bat Family to keep fighting the good fight and protect Gotham from those that wish it harm.

A game focusing on Batman’s protégés and not him will be a very different pace, after all, Batman is one of the main faces when you think of DC. Despite it looking bleak for Batman’s chances of coming back initially, a lot of fans speculate that he might not be dead. It would be a bold move on WB’s part to kill off such an iconic character.

Fans have been speculating about a variety of possible outcomes for The Dark Knight – from his kidnapping at the hands of The Court of Owls to him being turned into one of the Talons. 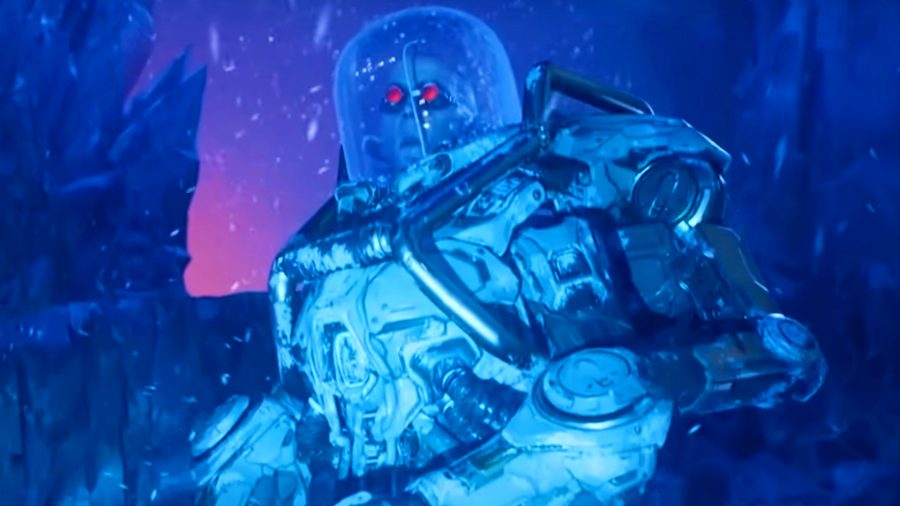 Mr Freeze is set to be one of the antagonists for Gotham Knights, on what scale that will be is unknown at this time. Most likely Mr Freeze will be a side antagonist who pops up here and there to cause you some problems.

From the gameplay we have seen so far, Mr Freeze is being a menace to society once more, utilising some form of weaponry that is causing thunderstorms and ice to sweep across the streets of Gotham. Carnage and chaos ensue as you could imagine and it’s up to the Bat Family to put a stop to his out of control scheming. 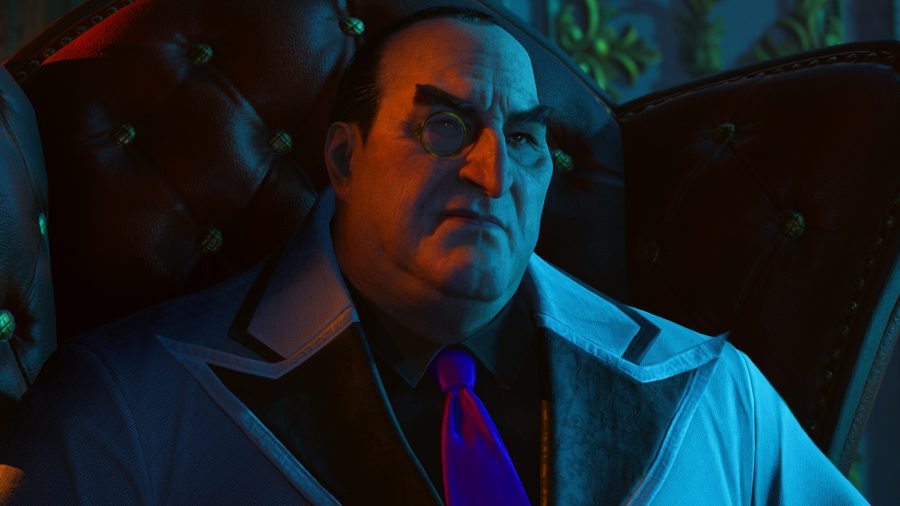 Another iconic and notorious villain that makes an appearance is none other than Oswald Cobblepot, better known as the Penguin.

The videos that feature Penguin ahead of launch cause some confusion on what he is up to in Gotham Knights, as he appears to be offering helpful information to our four protagonists. On one hand, we know Penguin to be nothing more than a menace to Batman, causing chaos and trouble wherever he goes – this may change however in Gotham Knights. 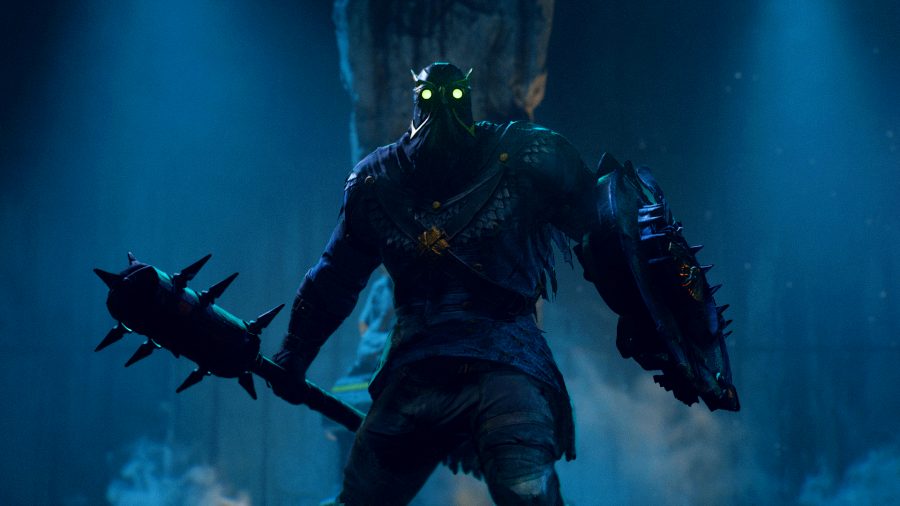 The Court of Owls

The main antagonists, set to stalk the streets of Gotham and cause issue after issue for our Gotham Knights are The Court of Owls organisation. The Court are everywhere, always watching, always scheming.

The Court of Owls was first introduced to the DC universe in 2011, in The New 52 comic series. The Court of Owls is a group of wealthy socialites that have controlled Gotham since colonial times.