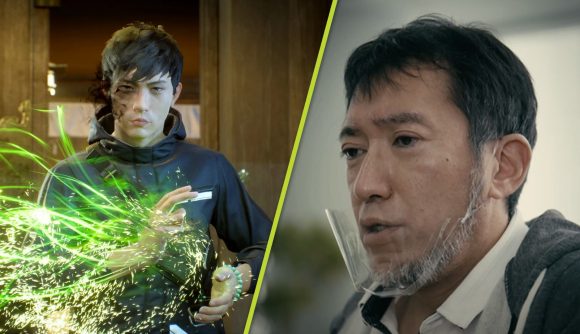 Ghostwire Tokyo is a very different game from Tango Gameworks’ The Evil Within series. But, it doesn’t look like the Japanese studio will be going back to their survival horror roots as Shinji Mikami has confirmed that Tango Gamesworks’ next game will not be a horror game.

Speaking to Famitsu in an interview, which was translated by VGC, Mikami reconfirmed that John Johanas, the director behind The Evil Within 2 is working on the studio’s next game which is the “complete opposite of horror”. This makes it the second game in a row from the studio that doesn’t fall into the horror genre as Ghostwire Tokyo has already made strides out of the genre. Mikami calls it an “arcade-style action-adventure game”, which aligns with how we feel in our Ghostwire Tokyo review.

This shift from the studio is down to Mikami and Tango wanting to be viewed as a studio that can create more than just survival horror games.

Mikami puts a lot of this experimentation they are doing in new genres down to subscription services like Game Pass, allowing the studio to make smaller projects and letting new members of the team develop their own ideas for projects.

While it is somewhat disappointing to know that we probably aren’t getting The Evil Within 3 anytime soon, it is good to know that Mikami and Tango don’t want to rest on their laurels and just make the same kind of experience over and over again.