The Forza Horizon 5 map is the biggest in the series’ history. It features a wide variety of locations, cities, rural hillsides, and biomes to explore as you are hunting down Forza Horizon 5 barn finds or simply racing along highways in the fastest car in Forza Horizon 5.

The map also has a lot of real-life landmarks and easter eggs to discover for those who have been to Mexico or lived there. With 11 distinct biomes to race across you will be able to sit back and take in the countryside or see the hustle-and-bustle of one of Mexico’s many towns and cities. Mexico will also change as new seasons are introduced on a rolling basis and the landscape shifts depending on if it is spring, summer, fall, or winter.

Read to find out more details about Forza Horizon 5’s map, including just how big the map in the game is and what biomes will help diversify the landscape.

Forza Horizon 5’s map is the largest in the series and features 11 distinct biomes to explore.

These biomes include the sprawling Canyon, the luscious Tropical Coast, the dry Farmland, the Arid Hills, the foliage-filled Jungle, the rocky and drought-ravaged Living Desert, and the Rocky Coast.

The other locations, which have been seen a lot in trailers, include the open Sand Desert, the marsh-filled Swamp, the large Volcano, and the urban city of Guanajuato. 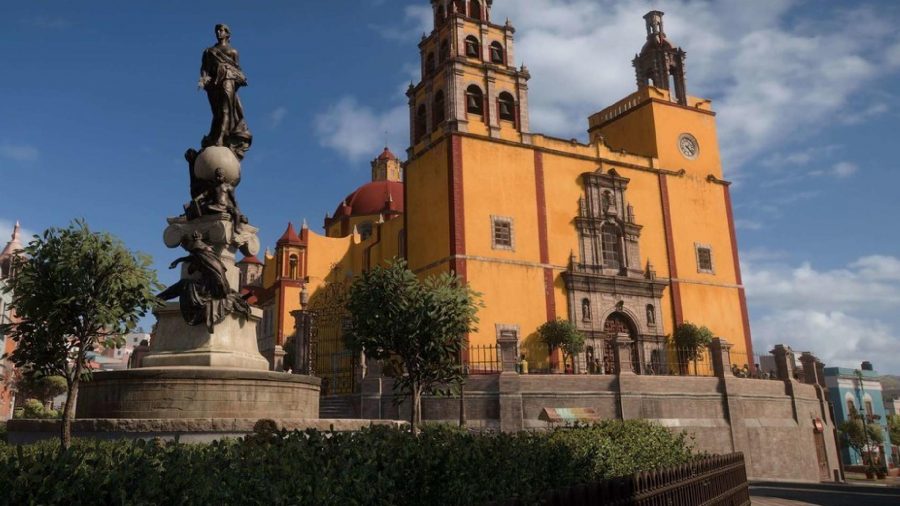 As mentioned, Forza Horizon 5 has a number of real-life locations that have been recreated within the game. The city of Guanajuato is a bright, colourful location perfect for those looking to test out their new rides on the city roads.

With twisty, interconnected roads and larger-than-life architecture, the city is one of the most recognisable locations within Forza Horizon 5.

While Guanajuato is the largest urban playground in the game, there will also be a number of other towns from Mexico, including Mulegé. We will also most likely get a look at some recreations of rural areas throughout Mexico, although we haven’t spotted any ahead of release.

The map of Mexico will be littered with activities for you to complete including Horizon events you can complete with other players’ help, missions, side missions, Barn Finds, Player Houses, and other collectibles.

As mentioned earlier, the Forza Horizon 5 map is the biggest in the series’ history. While we’re yet to get an official stat from the developers, Forza Horizon 5’s map is estimated to be over 100 square kilometres in size, based on comparisons made to Forza Horizon 4’s map.

Once we get our hands on the open-world playground in Forza Horizon 5, we will update this article with more locations and activities which you can complete across the Forza Horizon 5 map.