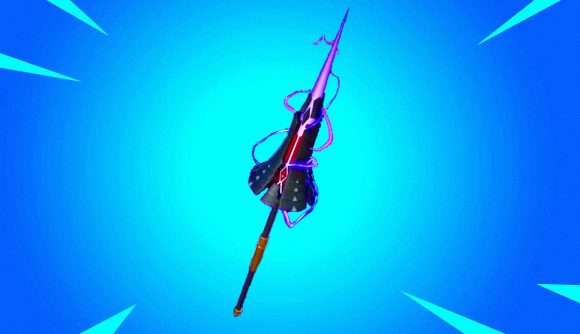 Fortnite Chapter 3 Season 3 is here and with it comes a new battle pass full of cosmetic items for players to unlock throughout what is sure to be a fantastic season of content from Epic Games’ battle royale. If you’re looking to get your hands on the Fortnite Dragon Rune Lance pickaxe, though, you’re going to have to wait. Epic Games has disabled the item in-game due to a glitch that gives players an annoying advantage when using it.

What is that advantage, we hear you ask? Well, players running around with the Dragon Rune Lance pickaxe equipped will actually find that their footstep audio has been completely removed – well, at least in enough cases to warrant it’s disabling. That means we heard your question loud-and-clear.

So… Yes, this does mean that we don’t have an ETA on a fix from Epic Games – which could mean we’ll be waiting a while before the Dragon Rune Lance pickaxe is available again from the Battle Pass (or your Locker if you’ve already unlocked it). However, knowing Epic Games, players won’t have to wait too long for things to be fixed – the developer is a deft hand at dealing with in-game issues with efficiency.

Due to an issue, we've temporarily disabled the Dragon Rune Lance Pickaxe. We'll update you when we have more information. pic.twitter.com/7bryoDwTpz

But, for now, we’ll just have to wait. Thankfully, if you’re looking to get other cosmetics for your Fortnite locker, we have a guide on how to get the Among Us back bling in Fortnite right here. Did you know that Fortnite also has its own Elden Ring secret door with five trillion HP? Well, now you did – here’s where to find it, and how to get in.