It has been a wild year for one of the world’s most popular games, Fortnite. With the launch of Chapter 2 bringing major changes to the game, it has been easy to miss some of the craziness 2019 had to offer for fans of the battle royale game. From a giant black hole that broke the internet to a new competitive matchmaking system, today’s Fortnite is a lot different than the one you might have played earlier this year.

While the core game has changed a lot, the competitive aspect has also evolved – and not for the better. Perhaps the biggest ramification for esports and competitive players is the new skill-based matchmaking system which creates ‘sweatier’ games, according to streamers.

One other big issue for competitive players is the lack of patch notes from Epic, creating unnecessary confusion. Instead of making changes public to the community, players are having to figure things out on their own. While it may not be a big deal to a casual player, many competitive players live and die by the details.

All of this and more has contributed to Fortnite being a fundamentally different game at the end of 2019 than it was at the beginning of the year. However, before we can take a deeper dive into that, let’s take a look at the event that started it all.

A Black Hole That Broke the Internet

It’s not uncommon for Epic to launch a big in-game event for the end of a season, but no one expected the events that ended Fortnite’s tenth season. For starters, a giant meteor rained down terror on the original Fortnite map, essentially destroying everything in its path – and then things got weird. The whole map began to collapse on itself and eventually disappeared. What was left? A black hole.

With the Fortnite servers down, the official Twitter account essentially erased, and a mysterious black hole looming on a livestream – Fortnite was all but dead. Most thought this would last a few hours at most, but after 48 hours, fans became concerned – prompting some to wonder if Fortnite was gone for good. 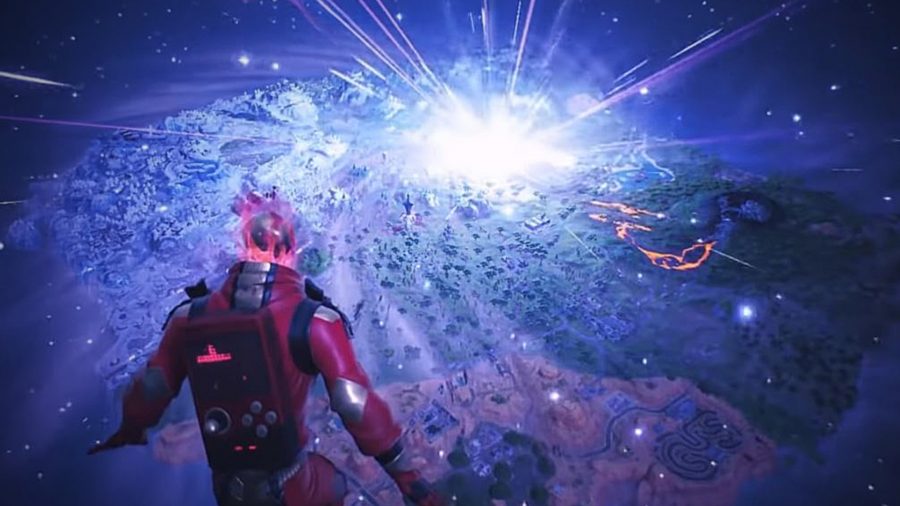 However, as you know, Fortnite didn’t die that night – it was reborn. But, in that 48 hour period of silence, the internet went wild. The event brought in a total of seven million concurrent viewers across various streaming platforms, breaking Twitch and Twitter streaming records, according to The Verge.

For that seemingly never-ending 48 hour period, the internet was dominated by Fortnite. Some lauded the event as a marketing success, and others criticized Epic for keeping quiet for so long. Virtually everyone was talking about Fortnite – and hey, all publicity is good publicity, right?

Ushered in with the launch of Fortnite Chapter 2, the new skill-based matchmaking system aimed to change up how lobbies were created, attempting to match players of equal experience and skill against one another. While this is great for casual players, Fortnite streamers are not a fan.

Another outspoken streamer is Nicholas ‘Thiefs’ Smorto, a member of FaZe Clan. Thiefs took to Twitter to complain about Fortnite’s new matchmaking system, going as far as to say that it was “ruining” the game. “You guys are ruining your own game,” Thiefs says. “Skill based matchmaking is not fun and not good or healthy for the game. People just wanna play pubs and it’s not fun to even just play casually anymore.”

Alastair ‘Ali-A’ Aiken, a Fortnite YouTuber with over five million subscribers also took to Twitter to tell Epic that skill-based matchmaking is the “worst addition ever to Fortnite.” He finished his remarks by saying, “It’s a never ending cycling of playing sweaty games of Fortnite and I’m not a fan.” 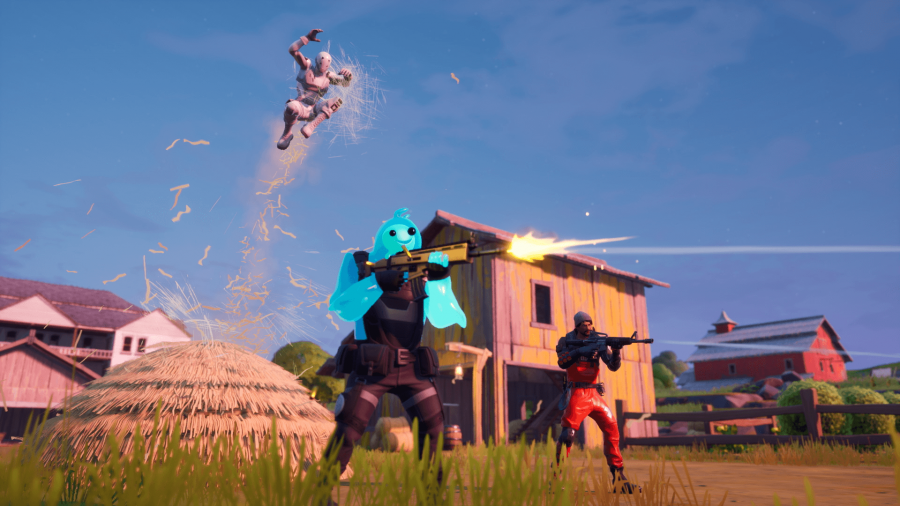 However, not everyone agrees with streamers take on the issue, with some going as far to call them out for just wanting to get quick and easy kills.

One Twitter user even tells Ali-A that they are “enjoying the game more than they ever have” thanks to the new matchmaking system. Further they also claim that the “vast majority of players like SBMM [skill-based matchmaking].”

Ali-A says he understands, but “it’s just a total kick in the balls to the higher skilled players that have put time into getting good only to get stacked lobbies every game.”

It seems that both sides have a valid point here. For casual players, it’s nice to be able to play without getting obliterated by those who are better than you. However, on the other hand, experienced players are getting placed in stacked lobbies every game, making it impossible to play a casual game.

Related: All the biggest esports games in one place.

Whether you like the new matchmaking system or not, it seems like it will be staying for a while. At the time of writing, Epic has made no statements that indicate it has plans to do away with its new skill-based matchmaking system.

The Lack of Patch Notes is Dividing the Community

Matchmaking debates aside, one thing that the community can rally behind is the lack of Fortnite patch notes since the launch of Fortnite Chapter 2. If you’re not familiar with what’s been going on, in previous seasons, Epic released patch notes on its website every week to keep players updated on the changes that were being made – a pretty standard occurrence in online games.

However, since the launch of Chapter 2, the developers have been rather cryptic when it comes to keeping the community updated on changes. For example, developers recently added in a Harpoon Gun to Fortnite, something that players had been requesting for a while now. However, Epic didn’t say a single word, and a random Redditor stumbled across it one day. 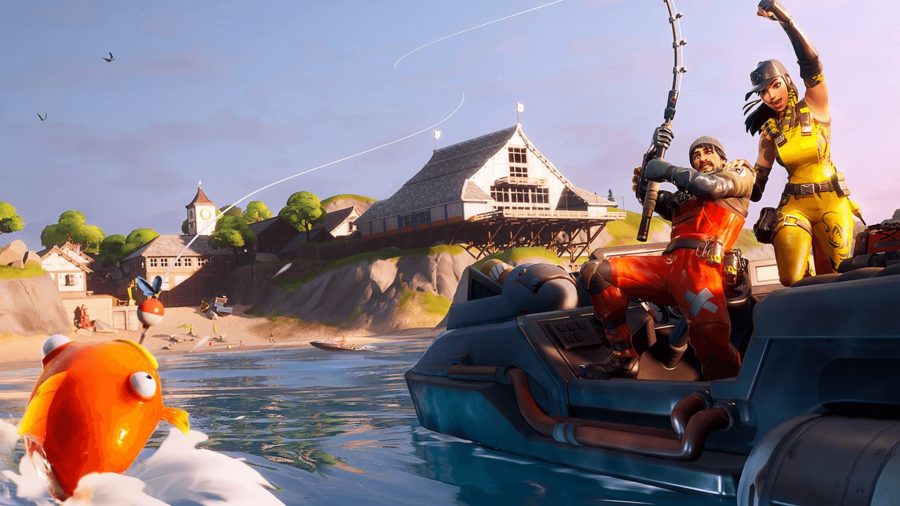 For some, it may be exciting to launch the game and not know what you’re going to see. However, for the streaming and competitive community, the details matter. For example, knowing if a certain weapons stats have been adjusted is vital to competitive players, and having to randomly figure that out in the middle of a tournament can really mess things up.

It seems Epic is starting to take note of this, and has released a few patch notes for some recent updates, but there is still a lot that is happening behind the scenes that the community would like to know about.

Where is Fortnite Chapter 2 Headed?

With Fortnite Chapter 2 in full swing, the future of Fortnite is currently unclear. In the past, it was safe to assume that Fortnite would launch a new season with new skins and rewards, but the core game would remain the same. However, that’s no longer a safe assumption.

Epic has made it clear that in Fortnite Chapter 2, you’ll never know what to expect. The first season of Chapter 2 is currently set to last until February 2020, so things will likely be pretty relaxed until then. However, no one really knows what Epic will do once Chapter 2: Season 1 comes to a close, and the next one begins.

What we do know, however, is that the competitive scene will continue to thrive under the constant creativity new patches and new additions bring.

Andrew Smith is a games journalist whose work can be seen at IGN, GameSpot, GamesRadar, and more. He also runs his own gaming website, GuideFall.