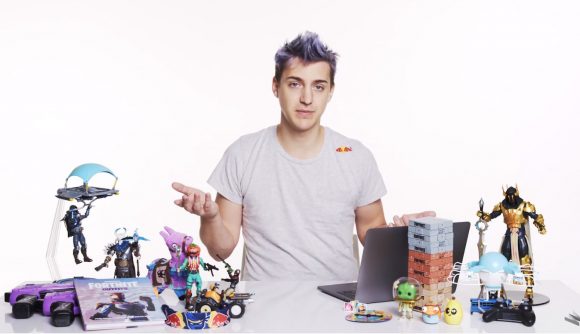 Tyler ‘Ninja’ Blevins admits that he’s not a fan of skill-based matchmaking in Fortnite‘s Team Rumble mode because it makes the games “sweatier.” The streamer made the admission on a Wired video yesterday, in which he answers a number of questions about Fortnite and gaming.

“I don’t agree with the skill-based matchmaking – it does make the lobbies a lot sweatier,” he says in the video, which you can watch below. “Skill based matchmaking right now is basically adding longer queues, you’re playing against tougher players if you’re a good player, and it’s basically turning [Team Rumble] into Arena without Siphon mode.”

The addition of skill-based matchmaking to Fortnite in September was met with mixed criticism, with some complaining that the competitive nature of matchmaking was sucking the fun out of the mode – and it looks like Ninja agrees.

However, that was the only real criticism Ninja gave about Epic’s battle royale game. He spent most of his time on the video talking about his experience as a gamer and streamer, and there’s some useful tips in there if you’re trying to improve your Fortnite game.

When asked by a nine-year-old how to get better at Fortnite, Ninja explains his experience has come from his years of playing different games over the years.

“You learn a lot about different gaming play styles as you play different games, and honestly I’ve just put the time in my entire life to be good at videogames,” he says. “The more you play, the better you’re going to get, and when you do play, actually try to improve your game.

“There are two ways you can play videogames – casually or competitively. If you’re just playing casually and you’re just messing around landing in the same spots, playing the same way or using the same guns all the time, and you never change anything, and you actually never try to improve, you’re never going to improve. You need to work on your shooting, building and knowledge of the map.”

So there you have it, if you’re looking to win more Victory Royales, you better switch it up from time to time and get grinding.