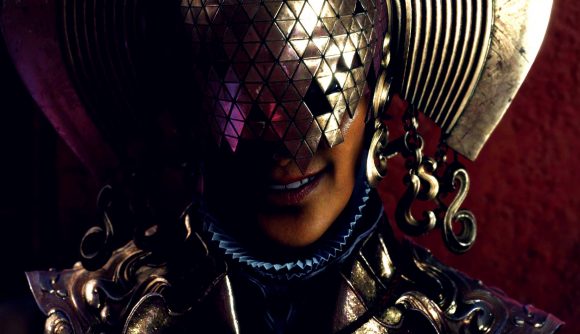 Forspoken is almost here and fans looking forward to playing it have been waiting patiently for more information on what to expect from the Square Enix action RPG starring Ella Balinska. Now, an unlikely source has popped up and offered us an insight into what we can expect from the game. PEGI has shared its Forspoken rating with the world and its reasoning behind this reveals the extent of alcohol, blood, and swearing present in the game.

PEGI has given Forspoken an 18 age rating, which may surprise some fans, and explained that this is primarily due to the game featuring “strong suicide references and use of strong language”. However, the justification behind this rating goes beyond the odd F-bomb and a character’s considering of “whether the world would be better off without her.”

According to the ratings board, Forspoken is going to feature “scenes of realistic violence”, “violence against fantasy characters… [that] bleed yellow blood”, and “alcoholic drinks”. PEGI also mentions in-game purchases as something “parents or carers” should be aware of.

Forspoken follows Frey, a New Yorker who finds themself transported into a strange magical realm where they must wrestle with self-doubt and finding their purpose in life alongside saving the people of this land – which is described as beautiful and cruel.

As the debut project from Luminous Productions – a company of developers that worked on Final Fantasy XV – expectations are high. We still don’t know how well this game is going to play, but the Forspoken rating reveal would suggest that we’re getting a story with some emotional depth – and some fairly violent combat.

If you’re looking forward to the Forspoken release date, you can find out more about it here – like why Frey’s fingernails will play an important role in Forspoken’s gameplay. You’ll be pleased to know that it’s not because they’re an in-game weapon.