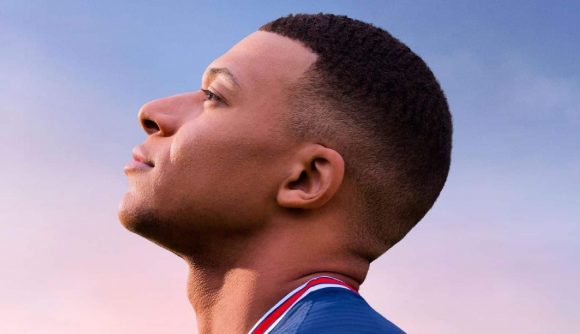 Last week EA announced that it is looking at potential ways to rebrand the FIFA series, which could include removing the FIFA name from its football sim. Well, just a few days later, we may now know what EA plans to rename the series to: ‘EA Sports FC’.

As spotted by VGC, the publisher has filed multiple trademarks for ‘EA Sports FC’ in the UK and Europe on October 1 and October 4. While this does not confirm that it will one hundred percent be the new name of the series, it is certainly a suitable replacement that does away with the FIFA branding.

Cam Weber, EA Sports’ group GM, last week confirmed that the developer was “reviewing [its] naming rights agreement with FIFA, but clarified that its agreement with the football governing body is “separate from all our other official partnerships and licenses across the football world.” A potential renaming wouldn’t actually affect the players and teams available in the game across its modes, of which the publisher has “over 300 individual licensed partners”, which provides access to “17,000+ athletes across 700+ teams, in 100 stadiums and over 30 leagues”.

If this renaming does move ahead further (which these trademarks suggest is happening) EA Sports’ future football games would be the only sports titles in its current lineup to not include the name of an official competition or institution.

With these trademarks now filed, and Weber’s announcement coming so soon after the launch of FIFA 22, it does seem probable that we will be booting up ‘EA Sports FC 23’ this time next year.