EA Sports’ FIFA 23 is coming and, like always, there’s a lot to look forward to – with FUT, as usual, being one of the main attractions. Despite being one of the only things largely outside of your control, your FUT squad’s shotstopper is going to be a key part of victory. So, we’re going to talk about the best FIFA 23 goalkeeper for FUT – well, our predictions – ahead of any official stats reveals.

We know a lot of the following is going to be speculation, but the basic format of FIFA Ultimate Team isn’t going to change and we’re fairly certain that FIFA 23 is still going to have the same player rating system as FIFA 22. In addition to that, while player ratings change between games, these changes are based on real-life form and the best players usually stay the best if they’re still performing at the top level. This means we can speculate about the best FIFA 23 goalkeepers fairly confidently.

So, without further ado, let’s get stuck into it and take a look at who we think is going to be the best shotstopper in FUT next year.

Looking at who was on top last year and who we think played well enough to deserve an upgrade in this year’s football game, here’s everything you need to know about the best FIFA 23 goalkeepers for FUT:

Atletico Madrid’s Jan Oblak is one of the highest-rated goalkeepers in FIFA 22 – at least if we’re talking about base Gold cards, anyway. So, we’re pretty certain that he’s going to be one of the strongest GK cards in FIFA 23’s FUT – however, we’re not quite sure he’s going to maintain his 91 OVR rating.

Throughout his time playing in the 21/22 season, he conceded 57 goals in 50 games. However, there were also 16 clean sheets in there. That’s why we think he’s going to drop down to a 90 OVR rating for FIFA 23.

Manuel Neuer is, shocker, probably going to be one of the best FIFA 23 goalkeepers when EA Sports’ next football game comes out. Why? Well, he’s just that good really. We don’t think he’s going to keep his rating up either, though – even though he’s had a decent season.

Throughout the 21/22 season, Neuer managed to keep 14 clean sheets in 39 games, but conceeded 38 goals. He also conceeded 5 in the one DFB-POKAL game he played – which isn’t ideal. However, one bad showing doesn’t mean he’s a bad keeper and that’s why we think he’s going to drop down to an 89 OVR rating. 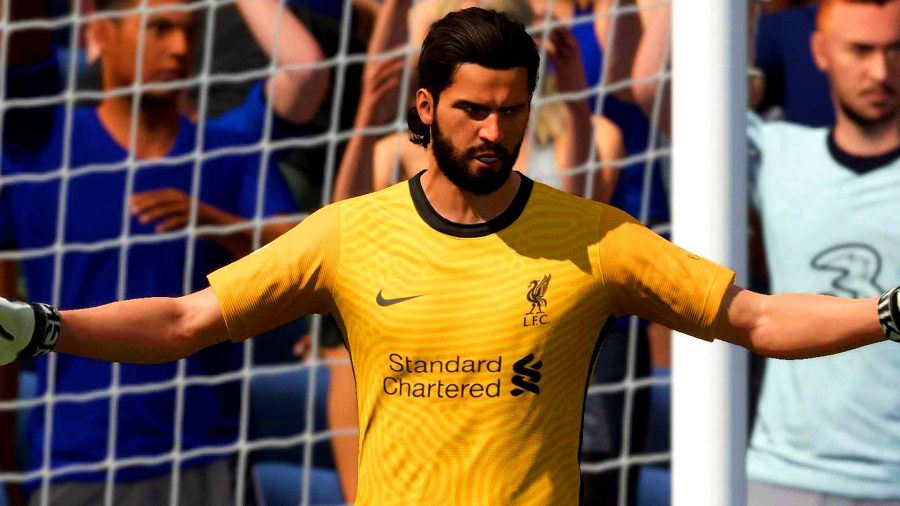 Ter Stegen is yet another high-rated FIFA 22 goalkeeper that we don’t think is going to maintain his high rating; however, we do think that he’s going to be up there as one of the best FIFA 23 goalkeepers at launch.

During the 21/22 season, Ter Stegen conceded a whopping 57 goals in 47 appearances. However, he also kept a respectable 15 clean sheets. His three yellow cards in La Liga is something to keep an eye on, but we think he’s going to be given an 88 OVR rating in FIFA 23. This might be two lower than his FIFA 22 rating, but it’s still going to be one of the best base Gold Rare goalkeepers available.

We know having Ederson in this list feels like a given, but we still have to mention it. In FIFA 22, his base Gold Rare card had an 89 OVR rating and we think this is going to leapfrog up to a 91 OVR rating in FIFA 23 and place him as one of the best goalkeepers in the game, if not the best.

In the 21/22 season, he helped Manchester City win the Premier League with an impressive 20 clean sheets in 37 games. On top of that, he only conceded 26 goals all season. When you look at his fantastic Champions League performances and a cheeky clean sheet in the FA Cup, it’s clear he’s one of the best out there right now. 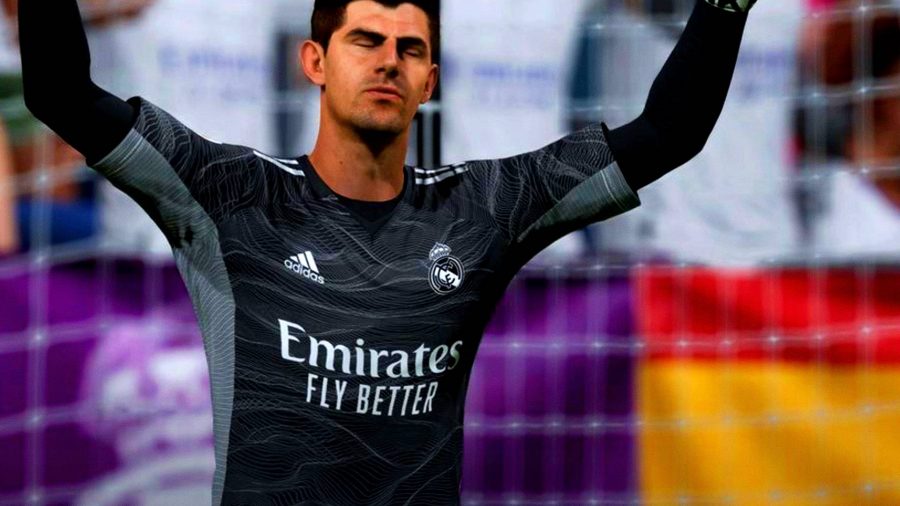 Now Courtois has had a blinder of a season; keeping 16 clean sheets in La Liga and five clean sheets in the Champions League is no easy feat. In FIFA 22, he was given an 89 OVR rating and we think this is going to sneak up to a 90 OVR rating for FIFA 23 – which will make him one of the best FIFA 23 goalkeepers at launch.

However, his Champions League win could see this bumped up to a 91 OVR rating. It’s clear that he’s at the top of his game right now and that should be reflected in FIFA 23.

Liverpool’s Alisson is easily one of the best goalkeepers in the world right now – and that means he should be one of the best FIFA 23 goalkeepers for FUT. We don’t know if his FIFA 23 rating should match Ederson, but we think it should be higher than it is in FIFA 22. So, that’s why we’re predicting he’s going to have a 90 OVR rating.

Young Italian superstar Gianluigi Donnarumma is a sensational goalkeeper that we think is going to maintain his 89 OVR rating in FIFA 23 – however, you could argue that he desrves a 90 OVR rating given his performance last season.

Despite only playing 16 games in Ligue 1, he made five clean sheets. In addition to this, he kept two clean sheets in five Champions League appearances and two clean sheets in the Coupe de France. He did pick up a few yellow cards though, so this could be a keeper who comes out a lot in FIFA 23.

Well, that’s everything you need to know about our predicitons for the best FIFA 23 goalkeeper available at launch. Of course, there aren’t any confirmed ratings to talk about just yet so check back nearer to the FIFA 23 release date and we’ll make sure this list is more accurate.