While its arch rival Pro Evolution Soccer has begun to chip away at its monopoly ever so slightly, FIFA remains the undisputed top dog for football games. Out of the two, it is the richest in licences when it comes to clubs, leagues, players, and stadiums, it’s the most established as a competitive esport, and more importantly, it’s the most played.

It is around this time of year that fans begin counting down the days until they can get their hands on the next annual FIFA title, and with FIFA 21 it’s no exception. While FIFA 20 was certainly not without faults – from the perspective of both its gameplay and the increasing scrutiny of Ultimate Team’s addictive “gambling” mechanics – fans are always optimistic and excited for the next game.

FIFA 21 was first revealed during June’s EA Play online conference, although the trailer (which it shared with fellow EA Sports title Madden NFL 21) left fans exasperated at the lack of juicy info. However, it did flex the graphical muscles of the next generation of consoles with some striking visuals.

While the initial trailer left a lot to be desired, nothing can stop the hype train around the game. So to help you prepare for the next installment, here’s everything we know so far about the game, including the FIFA 21 release date, the platforms it’ll be on, and what features you can expect to get your hands on this year.

The FIFA 21 release date is October 9, 2020.  This is a little bit later than usual for FIFA (which traditionally hits shelves at the end of September), but development was pushed back slightly due to the coronavirus pandemic.

It’s worth noting that the October 9 release date is for current generation consoles (PS4 and Xbox One) and PC only. A release date for PS5, Xbox Series X, and Stadia has not yet been confirmed, but expect FIFA 21 to drop on those platforms towards the end of 2020. 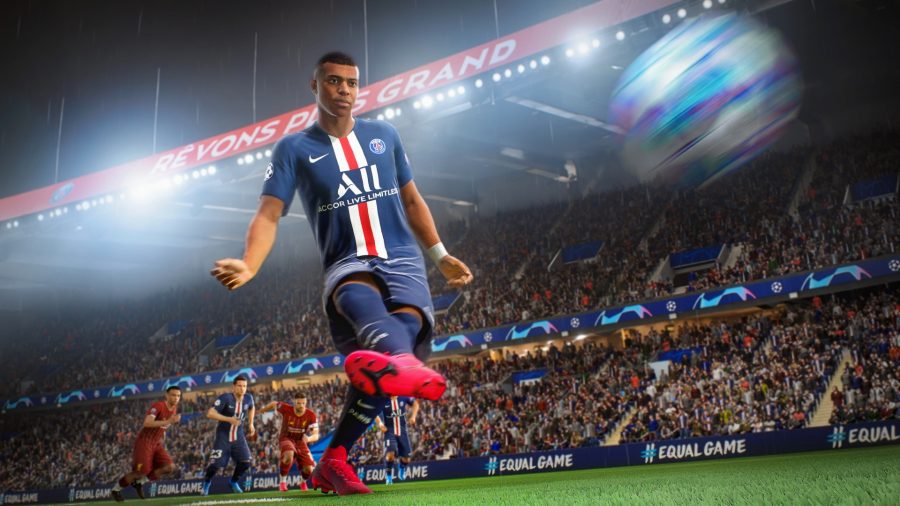 No matter what platform you play on, you can expect to get your hands on the game at some point. FIFA 21 will be available to play on PS4, Xbox One, PC, and the Nintendo Switch. If you’re a Switch gamer though, remember you’ll only be able to get the legacy version of FIFA 21 though, so you’ll be without the features and game modes found on other platforms.

Of course, FIFA 21 will also be available on PS5 and Xbox Series X towards the end of the year.

FIFA 21 will release on the next generation PS5 and Xbox Series X consoles, but it’ll likely tie in with the console launch towards the end of 2020.

FIFA 21 will, however, be equipped with Dual Entitlement, meaning your current gen version of the game and your progress in some modes can be transferred over to a next gen console for free. This scheme will run all the way up until the release of FIFA 22 next year.

I’ve got 99 problems: but FIFA 21 player ratings aren’t one

“All progress you make or content you acquire within FIFA 21 Ultimate Team (including players, items, coins, FIFA Points, match record, and leaderboard placement), as well as all progression in VOLTA FOOTBALL will transfer from PlayStation 4 to PlayStation 5 and back, or Xbox One to Xbox Series X and back,” the EA blog states.

“Progress within all other modes including Online Seasons, Co-Op Seasons, Career Mode, Pro Clubs, etc. will be specific to the console you are playing on and won’t transfer between consoles.”

Another caveat of Dual Entitlement surrounds physical copies of the game. FIFA 21 will be digital-only on PS5 and Xbox Series X, but players with a physical disc on PS4 and Xbox One will be able to insert that disc into the next gen console to redeem the digital download. However, if you purchase a next gen console without a disc tray, you will not be able to do this.

In short, if you’re buying a console without a disc tray, buy your current gen version of FIFA 21 digitally to ensure you get your Dual Entitlement.

While EA Sports says it is a “long-term goal” to add the feature to the game, it has been confirmed that FIFA 21 will not have cross-play; not even across console families. This means players on PS4 and PS5 will not be able to play each other.

Cross-progression will be a part of FIFA 21 though, since Dual Entitlement (PS4 to PS5/ Xbox One to Xbox Series X) will ship some of your progress between consoles.

FIFA 21 was first revealed by EA Sports in this joint trailer with Madden NFL 21. The trailer, which you can watch below, is solely a visual one and offers no information on aspects such as new modes or mechanics and doesn’t show any gameplay.

However it did get its own reveal trailer a few weeks later on July 23, which showcased a number of new features and was voiced by the game’s newest Icon, Eric Cantona. Watch the FIFA 21 trailer below:

There are a number of new mechanics and features coming to FIFA 21 this year. Three standout mechanics highlighted are Agile Dribbling, Positioning Personality, and Creative Runs.

Positioning Personality looks to iron out some of the questionable positioning in FIFA 20. This mechanic should ensure that world class players are right where you want them, with attackers holding runs and defenders in the right place to intercept passes.

Related: FIFA 21 FUT co-op could be revolutionary, but it’s also a risk

Creative Runs will give players “new options for influencing your team’s movement off the ball, revolutionising attacking build-up play.”

EA Sports also claims to have took on a lot of player feedback from FIFA 20 and has improved areas such as “smoother encounters” between players when they fight for the ball, manual heading, and more balanced blocking by defenders, meaning FIFA 21 gameplay should be better this year.

There was also a mountain of other small changes and new features to FIFA 21’s gameplay in this extremely long developer update article. To save you from the slog of reading it all, we’ve combed through and picked out some key FIFA 21 gameplay changes that weren’t featured in the glitzy trailer above.

FIFA 21 promises to have another massive lineup of Icons for Ultimate Team players. The overall number of Icons has now reached the 100 mark, with eleven new additions for FIFA 21 Ultimate Team.

The full list of new FUT 21 Icons can be found here, but the standout names include Nemanja Vidic, Ferenc Puskas, Eric Cantona, and Xavi. Nice.

The ratings for all FIFA 21 Icons can be found here.

In the build up to every new FIFA game, the demo is one of those milestone moments of excitement as fans worldwide get their first taste of the gameplay controlling a handful of the planet’s top football teams.

However, EA Sports recently revealed that there will be no trailer for FIFA 21 so that the development team could focus on “delivering the best full game experience.”

We aren’t releasing a demo for FIFA 21.

Instead we’ve made the decision to focus our development team’s time on delivering the best full game experience for current & next-gen consoles.

We look forward to EA PLAY members jumping in 10 days from now and launching the game Oct 9.

You can pre-order FIFA 21 right now for PS4, Xbox One, and PC (via Origin or Steam). If you pre-order the Champions or Ultimate Edition, you’ll be able to play FIFA 21 three days earlier than everyone else on October 6. 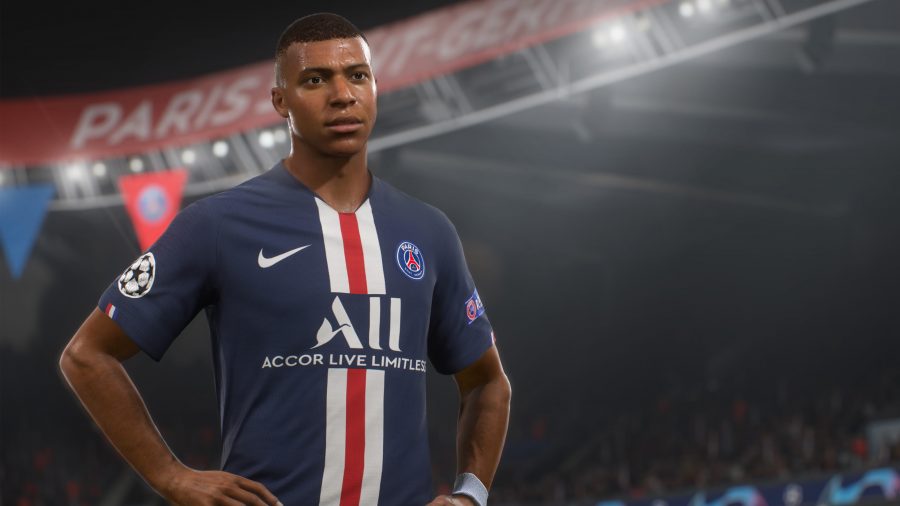 Despite revealing next to nothing about FIFA 21, EA is already trying to entice you into buying the game through some pre-order bonuses. Here’s what you’ll get for pre-ordering each edition of the game:

FIFA 21 has just one cover star for all three editions of the game and that’s PSG’s Kylian Mbappe. It’s hardly surprising, with the Frenchman featuring in most of the FIFA-related footage in the EA Play reveal trailer.

The FIFA 21 covers are also taking a very different design approach, moving away from the simplistic head shots or action shots that the franchise is known for.

The Standard and Champions Editions both feature a montage of various shots of Mbappe, while the Ultimate Edition has drawn a lot of stick for its extremely simplistic cover.

It’s just a picture of Mbappe in regular clothes. Walking. And that’s kinda it. It’s an interesting design choice to say the least.

So there you have it, that’s all we have on FIFA 21 so far. We hope we’re not the only ones drawing up our FUT teams already.