Squad Building Challenges are now an integral part of FIFA Ultimate Team. Introduced initially as a way to trade in the dead wood from your club, they have now become one of the best methods to get some coins in the bank in the early stages of a FIFA title.

FIFA 21 is no different, and sees one of the FIFA community’s arch nemeses return to the League and Nation Hybrid set: The Puzzle Master SBC. This conundrum pushes FIFA players’ squad building abilities to the limit as its 11 players must hail from nine different countries and play in seven different leagues. Oh, and the squad must be 82-rated, which can be a tall order for many players at the start of a FIFA game. It is notorious for causing massive frustration, as this is not an SBC you can just throw coins at to complete – loyalty is also needed, meaning you will have to either pack some of the players or play them in ten games of FUT.

But don’t worry, we’ll give you some pointers and solutions to help you beat Puzzle Master for that sweet Rare Mega Pack and complete the rest of the League and Nation Hybrid set.

The multi-league, multi-nation hybrids in this set can be a bit tricky to get your head around, but aren’t too much hassle once you know the formula. One thing that might catch you out is the squad ratings in Advanced, Fiendish, and Puzzle Master, so always make a concept squad to check that the players you’re thinking of using add up to the required squad rating.

A general tip for completing these is to be aware of club chemistry links. These will help increase chemistry links while using players from different nationalities. Since you have to fuse so many leagues and nations together in Fiendish and Puzzle Master, strong links are key, as the chances of you making a nice flowing hybrid with everyone on high chemistry are, well, nonexistent. 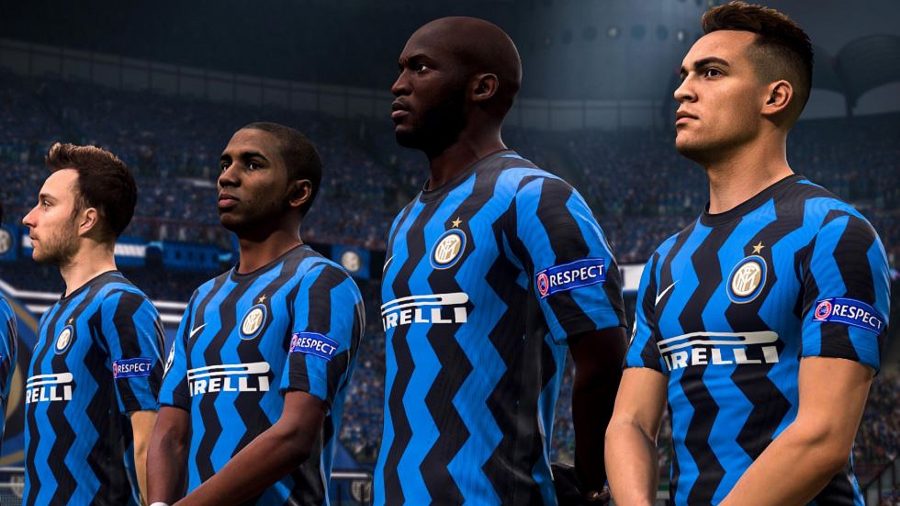 So, how do we crack this mind-bending Puzzle Master SBC? Well, unfortunately, you’re going to need to rely on some loyalty. It is impossible to solve Puzzle Master without at least seven players having a loyalty bonus.

There’s a couple of slight variations when it comes to the shape of your squad, but essentially you will need:

It doesn’t matter which players in the squad have the loyalty bonus.

The key to this method is having a triangle of players from the same club in the ST and CM positions. This will give you three players straight away on nine chemistry (ten with loyalty bonus). All of them should be from different countries too, to help bump the nationality count up.

Then it’s a case of making some links between the RM and RW and then the LM and LW, with one side of the team also linking down to a CB.

That leaves two more CBs and the goalkeeper. The goalkeeper should have a regular orange link to one of the CBs, while the other CB is the lone three chemistry player. This player does not need to link to anyone, so this is usually a good option for a high rated player from a less common nation/ league.

Here’s an example of how to solve the Puzzle Master SBC. The chemistry being shown is slightly inflated as the concept squad builder automatically applies loyalty bonuses to all players, but it will work with just seven loyal players. This is a relatively cheap solution that costs between 22,000 and 25,000 coins, depending on player prices. 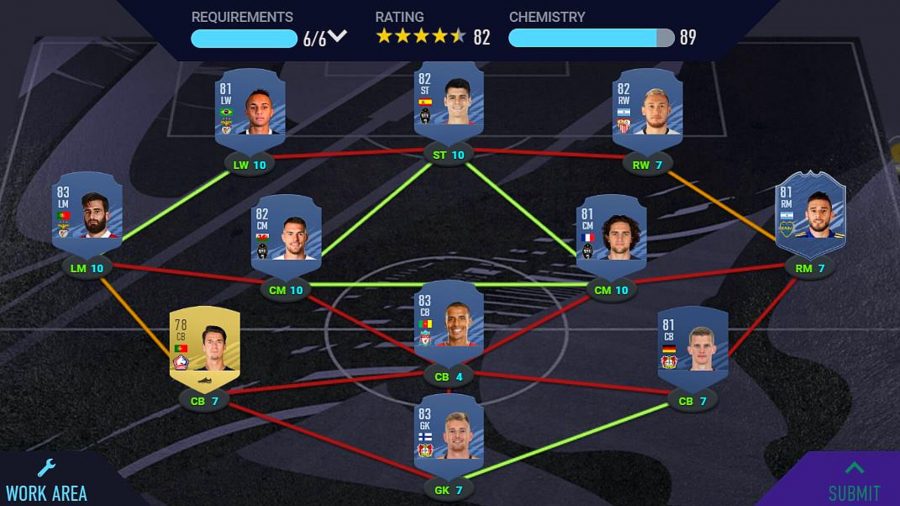 However, there are many player variations you can try, so best practice will be to go through your club and identify any high-rated players you think will work in the positions of the 3-4-3 formation.

The trickiest and least changeable part of this SBC is the left side. There are only two viable options if you’re not wanting to use Position Change consumables. They are: Everton, Rafa, and Jose Fonte (as pictured above) or Alexis Sanchez, Perisic, and Corluka.

So that’s a pretty foolproof method of cracking the Puzzle Master SBC in FIFA 21. Again, be sure to check your club for packed players as loyalty is essential. Be sure to build a concept squad first before you go splashing coins on players to plug the gaps.