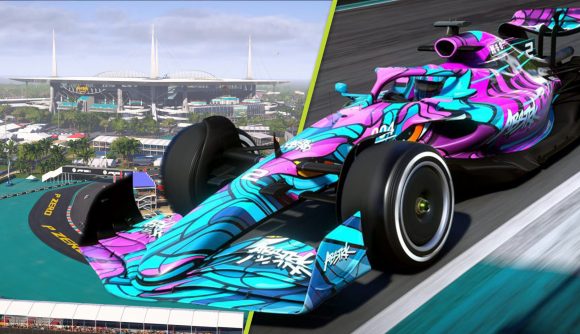 The current F1 season features the very first Miami Grand Prix, with teams taking to the grid in the Magic City this weekend. Ahead of Sunday’s race – the first in the US state since 1959 – EA Sports and Codemasters have revealed a new trailer showcasing how the Miami International Autodrome will look in the F1 22 racing game.

The 5.41 kilometre circuit boasts 19 corners, three potential DRS zones, and a long start-finish straight, which will provide players plenty of opportunities to overtake their opponents – exactly what we’re hoping to see in real life this weekend. The footage shown both looks and, most-importantly, sounds fantastic.

During the F1 22 game trailer we also see a teaser for an upcoming collaboration between the developers and local Miami artist ‘Abstrk’, which features a pretty striking livery, as well as clothing items which can be donned in the new F1 Life hub – “a customisable space to show off your collection of supercars, art, furniture, and more.” To get in on it, the developers say players will need to pre-order the F1 22 Champions Edition before May 16. 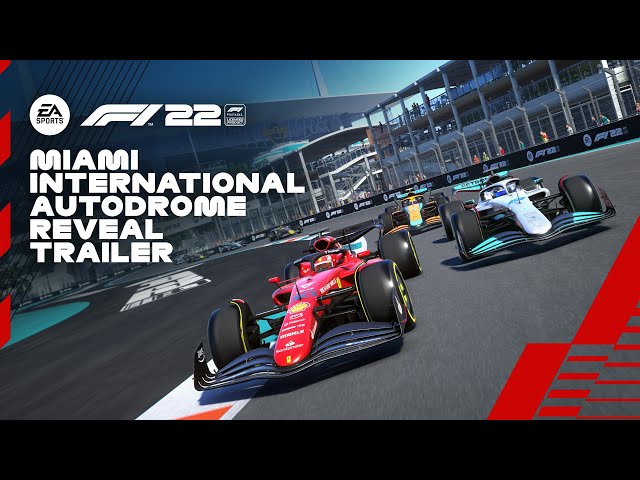 For more on the F1 22 game, check out our F1 22 release date guide. Until then, we’ve got plenty of real world F1 racing to enjoy, beginning with a mambo in Miami.