If you said to pretty much anyone at the start of this year that a sim racing event would be one of the world’s biggest and most watched spectacles for the month of March, they’d have likely laughed in your face.

But with the community’s quick response to fill the void left by traditional sports amid the coronavirus pandemic, sim racing has now established itself as the go-to medium for both gaming and sports fans to get some entertainment in these current times. While the touchpaper was lit initially by Veloce Esports with its ‘Not The Australian Grand Prix’ race on the F1 2019 game, sim racing events that feature a medley of sim racing pros, professional drivers, and celebrities have now been adopted by some of the racing world’s biggest entities.

The Virtual Bahrain Grand Prix, the event hosted this month by Formula 1, saw over 350,000 viewers across all streams of the race, with Veloce’s races also hitting six figures for viewership. It’s the type of exposure the F1 games have never really had before, and it’s already had tangible effects that reach beyond just trending hashtags and news stories, with an increase in its PC player base of 189% and big increases on consoles likely as well.

But what does this mean for the brains behind the game? What do they make of this new-found level of popularity, will it help the game’s competitive scene grow, and will this amount of interest sustain itself when normality begins to resume and race tracks around the world begin to open their doors again?

The Loadout got the chance to speak with Paul Jeal, the franchise director for the Formula 1 games at Codemasters, to find out.

The Loadout: How has it felt to see F1 2019 being one of the most talked about and most watched games in the world at times in the last couple of weeks as a result of all these successful sim racing events?

Paul Jeal: It’s incredible, and it’s all down to our passionate community and the dedication of drivers from real-world motorsports to find ways to come together and race in a competitive, yet fun environment. Given the short amount of notice given, it was great to secure several F1 and ex F1 drivers, as well as up and coming stars from the world of F2 and beyond for the first race, and we’re looking forward to seeing who might put themselves forward for the next series.

Lando Norris needs a particular shout out as he has undoubtedly been the star of the past two weeks. 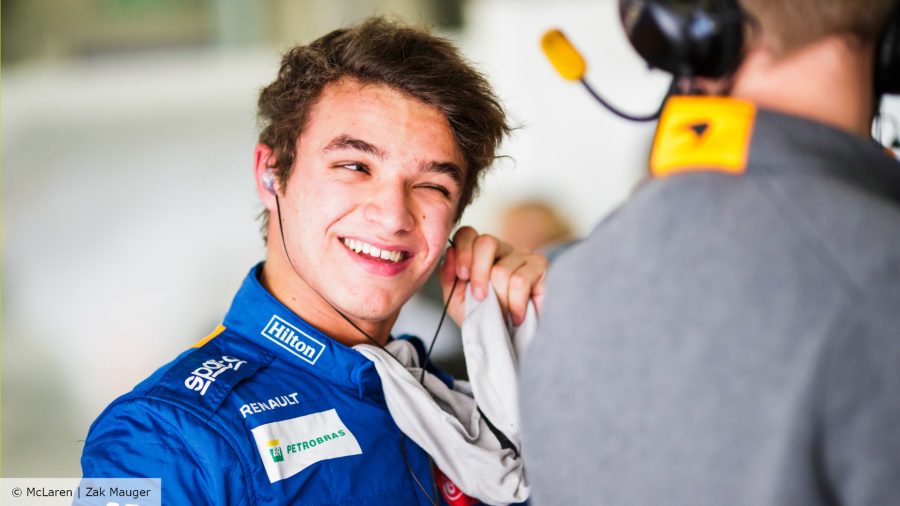 TL: How soon after the suspension of the F1 season did the idea for a Virtual GP surface? Was it an idea that Codemasters and F1 had wanted to do for a while, or did you notice the success of Veloce’s event and see an opportunity to capitalise?

PJ: We were actively working on an idea as soon as the China GP was postponed. Then the global pandemic situation accelerated, and we found ourselves scrambling to get everything in place. When you are working on an official event, it takes time to get everything done right. Fair play to Veloce for being one of the first out of the gate, and doing a good job. Given that Hanoi is the next Grand Prix on the calendar, and that circuit isn’t in F1 2019, we plan to go back and race the Australian Grand Prix next instead.

TL: Do you think that F1 2019 is uniquely placed to fill the gap left by traditional sports compared to other games?

PJ: Yes, I think it makes a huge difference that the skills are so transferable from the real world into sim racing and vice versa. Playing F1 2019 in a rig with a wheel and pedals can teach you many of the skills needed to race an actual car. We’ve already seen the likes of Enzo Bonito [currently an F1 esports driver for Ferrari] beating a former F1 driver and Formula E world champion in a real car, as well as Brendon Leigh (former back to back F1 Esports Champion and current Mercedes F1 Esports driver) and others going on to race in real life.

The same is also true vice versa. When the guys who race in real-life jump onto a rig, they are immediately driving cleanly and quickly on the racing line, and the stunning thing to watch is their consistency – every lap is within a tenth or two of each other. Given more time to practice, which they may well have now, there is no reason why they couldn’t be on the same pace as some of the fastest esports drivers.

TL: What direction do you and Formula 1 want to take these Virtual Grands Prix now? Will the format stay largely the same? How much will the line-up of drivers change from race to race?

PJ: We are happy with the format we have for the Virtual GPs. There were some teething issues with the first show which we will iron out and, with more time to plan, we are hoping to have an even more exciting grid line-up. Away from the postponed real Grand Prix weekends, we have further plans to offer some light relief and a chance for fans to race against their heroes on non-race weekends – similar to ‘ChallengeLando’ this weekend, which already has over a million views – and we are looking at something separate with our F1 Esports stars too.

TL: The F1 Esports Series was continuing to grow and improve year on year prior to the coronavirus pandemic. Do you think that the huge popularity of the Virtual Grand Prix can carry over to the Esports Series and accelerate that growth once normal service resumes?

PJ: Yes, we’d certainly hope so, but at this point, we are focused on trying to create some light relief in these uncertain times given there are more important things to focus on globally right now. That said, it’s great to see the games community come together to help fill the void left by the cancellation of sporting events, and F1 has been at the forefront of that. Of course, we would love to see this translate into the continued growth of the F1 Esports Series, which has already grown every year both in participation and viewership, and I’m certain events such as the Virtual Grand Prix series will help.

TL: When the Formula 1 season gets underway once more in however many months that will be, do you think we’ll continue to see more of this kind of content now that it’s proven how popular it can be?

PJ: It will inevitably be harder to get the real F1 drivers as involved once they are back racing all over the world, with all of their regular commitments. Perhaps more of them will be keen to meet up regularly and race online though. If the desire is there, I’m sure we can find a way to make it happen. We’ll also be back up and running with the F1 Esports Series by then too, so there will be plenty of opportunities for people to get involved whether racing or watching.