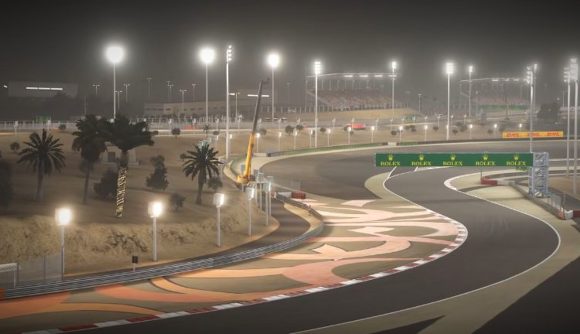 After the success of Veloce Esports’ ‘Not The Australian Grand Prix’ last weekend, Formula 1 itself has jumped on the virtual bandwagon and hosted its own virtual race featuring F1 drivers, professional sim racers, a seven-times Olympic gold medalist, and a former member of One Direction.

The eclectic mix of stars on the grid certainly pulled in the viewers, however, with all the combined streams of the Virtual Bahrain Grand Prix totalling around 350,000 viewers. After a chaotic first corner – which saw 55-year-old former F1 driver Johnny Herbert forget all the rules of racing and take an off-road route across the grass into first place – and plenty of crashes thereafter, the race was won by Chinese Formula 2 racer Guanyu Zhou.

McLaren F1 driver Lando Norris once again held a large proportion of the race’s viewership on his stream, breaching the 100,000 mark on Twitch. A peak of 104,000 tuned in to watch Norris rather eventful evening in Bahrain, in which he qualified on the back row of the grid after technical issues prevented him from qualifying, had has game crash during the formation lap, only to rejoin the race a few laps from the end to see the computer had carried him all the way to third position.

Most of the celebrity drivers finished well towards the back of the grid, with Olympic cycling legend Sir Chris Hoy, global superstar Liam Payne, and professional golfer Ian Poulter all bringing up the rear.

It was yet another great night for sim racing and the wider esports scene as the F1 game continues to be one of the leading mediums for sports-hungry fans to get their fix.

The next official F1 Virtual Grand Prix will be on April 5 for a blast around Albert Park in Australia. Veloce’s F1 esports series will continue this weekend, likely with the Vietnam Grand Prix.