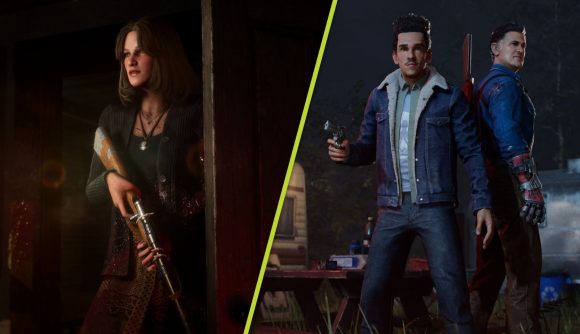 Evil Dead The Game is out this Friday and Saber Interactive have announced when the servers for the game will go live so you can hop in and begin playing.

The release time for Evil Dead The Game is 12:01 AM in your local timezone. This means that if you pick up a physical copy early in the day or even the day before you will be able to begin slaying demons or one of the Evil Dead The Game Survivors as soon as Friday hits.

Originally, the game’s servers were set to go live much later in the day, which would have been frustrating, although not uncommon for modern multiplayer games, which often see the servers going live after the game initially releases at midnight. Thankfully, this is no longer the case, as Saber Interactive has made some changes behind the scenes.

Despite being a mostly multiplayer game, Evil Dead The Game will have a few single-player missions for you to complete. Presumably, these will also be locked off until the servers go live. So, most likely you won’t be able to play the game’s single-player ahead of time.

We have some groovy news!
We have moved the launch time for the game UP
Evil Dead: The Game will now launch at 12:01am local time on Friday May 13th, wherever you are!
Pre-Loading is also now available on consoles!
COME GET SOME! https://t.co/cy3YuT8iXI

While you wait to get slicing and dicing demons to bits, why not read up on crossplay in Evil Dead The Game, to understand how you can play with your friends no matter what platform they are on.