Evil Dead The Game is a cooperative/competitive multiplayer survival game based on the beloved horror franchise that spawned the famous this is my boomstick! phrase. There have been numerous films made since 1981’s The Evil Dead and each one is full of interesting characters that help out franchise protagonist fight the armies of hell.

In the game world, Ash and his cohort of good guys – known as Survivors in the game – are drawn from all of the movie entries. So, if you want to find out all of the Evil Dead game Survivors, then you’ve come to just the right place.

Below, we’ve put together a comprehensive list of all the game’s Survivors. Each entry has background information on the character, as well as all of their abilities. We’ll keep it updated, so know you’ll be using all the latest correct information to plan your forays with friends.

There are 13 different Survivors in Evil Dead The Game at launch. Most are unlocked from the start, however, a few will need to be unlocked by completing the missions in the game.

All of the Survivors are split into one of four different classes as well, each having their own specalisms. 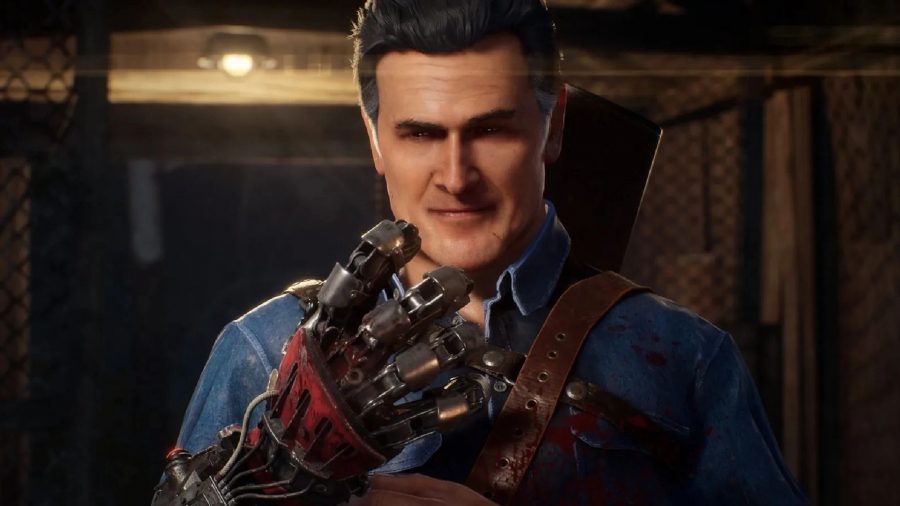 Leaders are the the core of your team. They give off auras that provide different buffs to teammates who are near them, such as the ability to reduce incoming damage, boost outgoing damage, reduce fear build-up, and more. This role is for team players who want to stick with their teammates and complete objectives together.

This iteration of Ash Williams is from the latest entry in the franchise. He wields a chainsaw and is donned in a denim shirt – who can resist that? Ash vs Evil Dead is set 30 years after the original trilogy, so we’re getting elder Ash.

Annie Knowby makes her appearance as a Leader in Evil Dead The Game. Knowby first appeared in Evil Dead II but returns here acting as a great central character to build a team around.

First appearing in Army of Darkness, Lord Arthur is the king of Castle Kandar in the medieval setting that Ash gets whisked off to at the end of Evil Dead 2. His enemy is Henry the Red until they unite against the Army of Darkness. 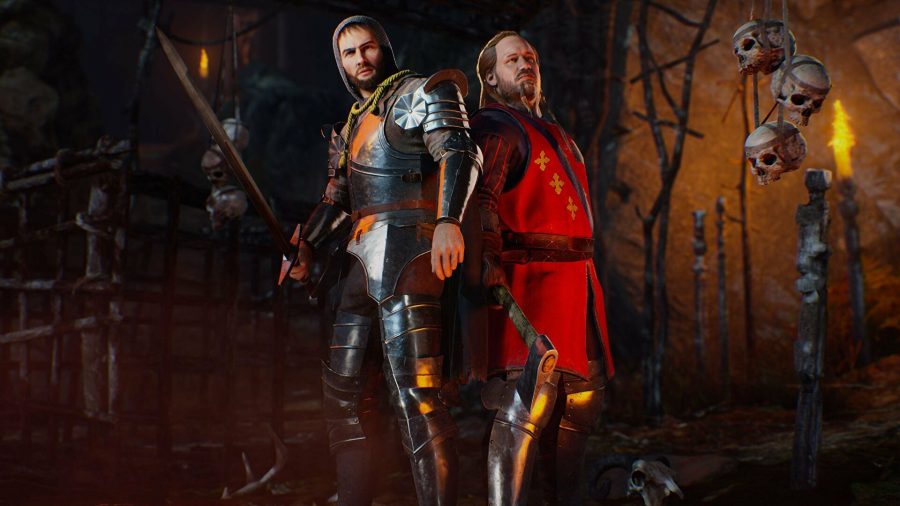 As frontline melee characters, Warriors have perks and abilities dedicated to hand-to-hand combat that make them formidable when hacking and slashing their way through Deadites. These range from shields to full on invulnerability. This role is for those that want to let loose and take on the hordes up close and personal.

Ash Williams in his third outing guise from Army of Darkness. This is the version of Ash that spawned the infamous this is my boom stick! quote. His clothing is fittingly ripped and torn, as this time he’s decked out as a Warrior.

A friend of Ash and the boyfriend of The Evil Dead’s Shelly, Scotty was the one who organised the fateful trip to the cabin and kickstarted the whole franchise. Yikes.

Henry the Red is Lord Arthur’s nemesis in Army of Darkness, until they decide to cooperate with each other and kill Deadites that is. The Duke of Shale and Lord of The Northlands and its populace, Henry might appear similar to Arthur, but he’s less of a leader and more of a brutal warrior. 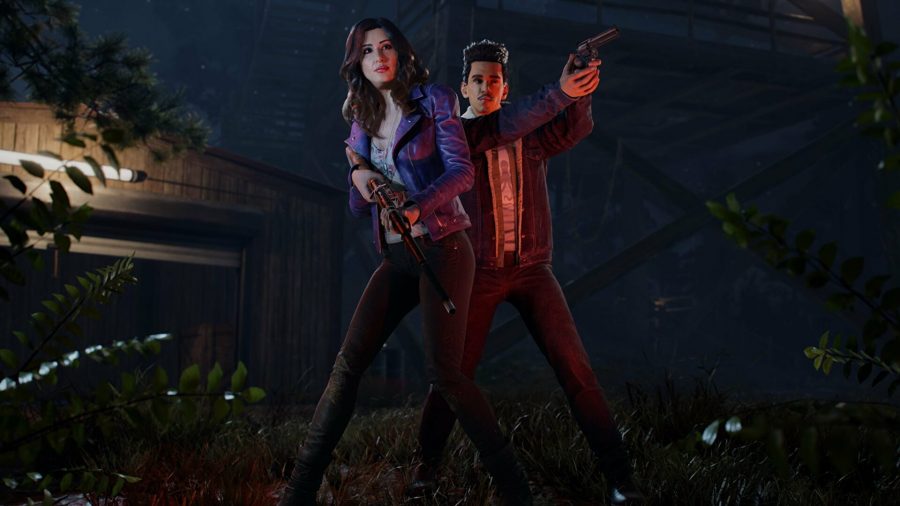 The opposite of Warrior, Hunters are glass-cannons that specialise in using ranged weapons to keep Deadites at bay. Hunters can hold more ammo than other roles and have looting abilities that reduce the need to scavenge for scarce ammo and find better items. This role is for those that want to target and pick off key enemies from a distance.

Prior to the kick-ass boomstick Ash from Army of Darkness, there was Evil Dead Ash. They’re similar, but this is Ash with a longer shotgun and less torn to shreds before he gets sucked into medieval land in the third film.

Ed Getley is from Evil Dead 2 and happens to be the research assistant of the man who found the Necronomicon Ex Mortis – Raymond Knowby. Ed and friends meet Ash in the cabin after his escapades in the first film, The Evil Dead.

Kelly is one of the franchise’s latest cast members, first appearing in the pilot episode of Ash vs Evil Dead. Her parents were killed by Deadites and now she’s out for revenge, which explains why she’s in the Hunter category. Now, she’s back accompanying Ash on his Deadite-killing mission in-game.

A police detective hell-bent on hunting down Ash for a crime he didn’t commit, Amanda Fisher first appeared in Ash vs Evil Dead. She quickly sides with Ash when she finds out the truth, and now her detective skills are being used in Evil Dead The Game to take on Deadites as a Hunter. 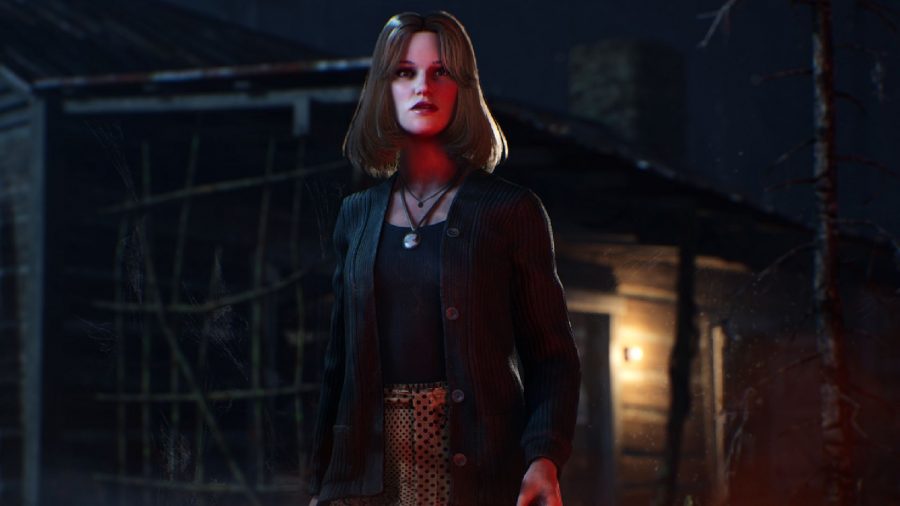 Support specialises in healing the team, giving them shields, and reducing fear. Support characters also begin the game with extra consumables. While it sounds like much of the Support role is dedicated to helping teammates, you’ll also have the same attack capabilities as the other roles too. This role is for those who want to keep their team alive while slaying Deadites.

The youngest and most fresh-faced of Ash Williams variants, Support Ash is based on his original The Evil Dead appearance. This youthful Ash, ignorant of what’s to come, sports clear clothes and determined demeanour, and he’s dedicated to helping out the team.

Cheryl first appeared in the original The Evil Dead movie. She’s the younger sister of Ash and was the first person in the cabin to turn into a Deadite. Other than that, not a lot is known about Cheryl as she wasn’t around for long…

Working alongside Kelly at ValueStop in Ash vs Evil Dead, Pablo idolised Ash before he even knew about his Deadite fighting prowess. He’s even the one who made Ash’s prosthetic hand.