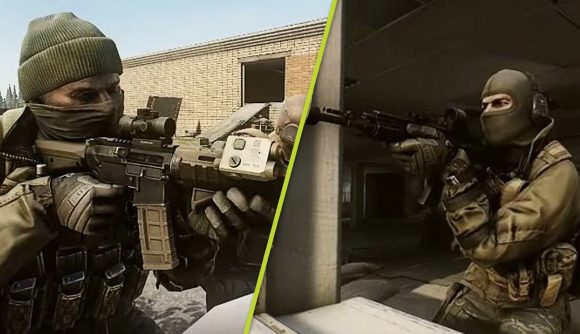 Escape From Tarkov is always getting new features and updates, and that’s because it’s technically still in beta. But a new patch has fixed a number of problems being experienced by players, including rain coming through buildings and Scavs who can walk through objects, among other issues.

According to the latest patch notes on the Escape From Tarkov website, Battlestate Games has fixed some significant issues. Rain won’t be able to clip through buildings and appear indoors anymore, for one. Other prominent changes include Scavs not being able to walk through the train on Lighthouse, the ability for players to look through bunker walls on Reserve, as well as shotguns sometimes no longer dealing damage when in a raid. Players will also not be able to spam Caps Lock to move silently any more – a welcome change for those sick of being hit by rats.

The patch also brings better performance – always welcome in EFT – in the form of optimisations outside of gameplay. Things like the Flea Market, stash, and tasks screens have all seen fixes, which means fewer stutters and drops when navigating them.

Among the other changes, players will only be able to hand over empty containers in the Hideout to complete tasks, crafting, or constructions, so no more losing your rare gear by accident. The SCAR-L also has new sounds distinctly different from it’s bigger-bulleted sibling, the SCAR-H.

Battlestate Games has been putting its nose to the grindstone lately, with the last update not only fixing Lighthouse performance, but with the announcement that BSG was going to address player feedback on Reddit again.

While this update is only small, it’s yet further proof that Tarkov-mania has been catching on lately – you only have to look at this story of a fan starting a business selling Escape From Tarkov Lego models of the game’s bosses to see that. If you’re wanting to jump in for the first time and are wondering if your machine can meet Escape From Tarkov’s system requirements, we’ve got you covered.